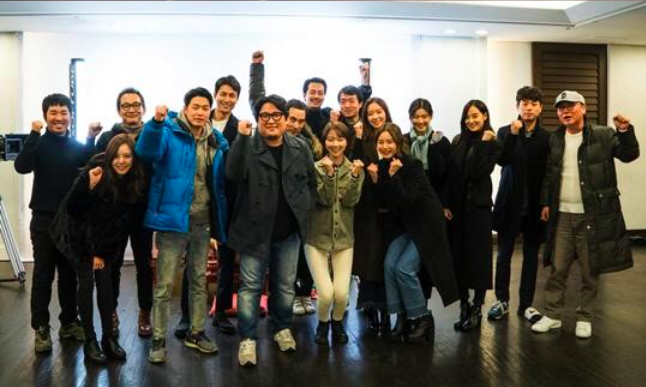 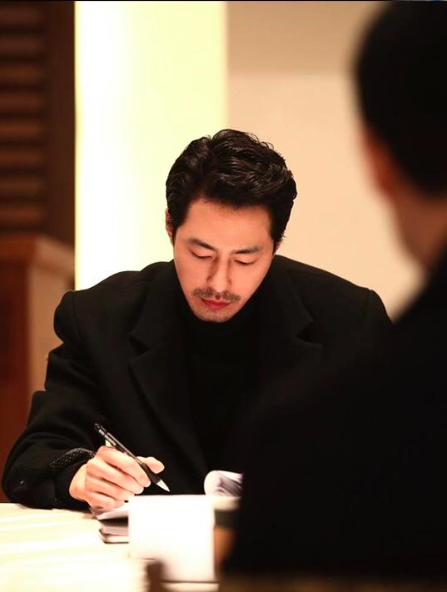 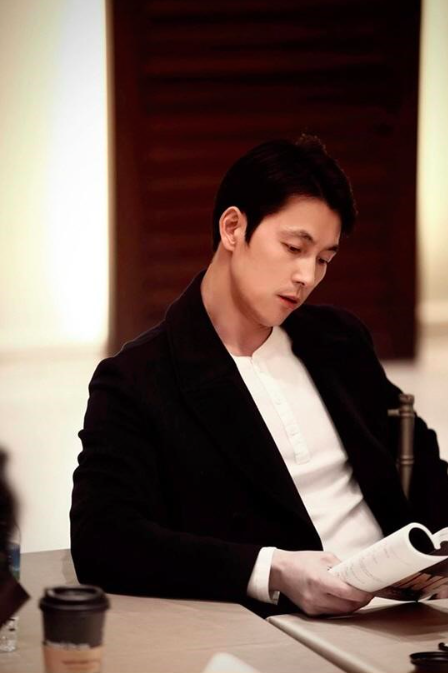 On February 3, the film distribution company (NEW) uploaded pictures of the read-through on their official Facebook page. In the images, Jo In Sung and Jung Woo Sung look simple but classy in white shirts and black jackets, with Jo In Sung rocking some new facial hair.

The captions for the photos read, “My eyes! Too bright! The birth of an intense crime-action film! Acting talent is a given, good looks are a plus.” 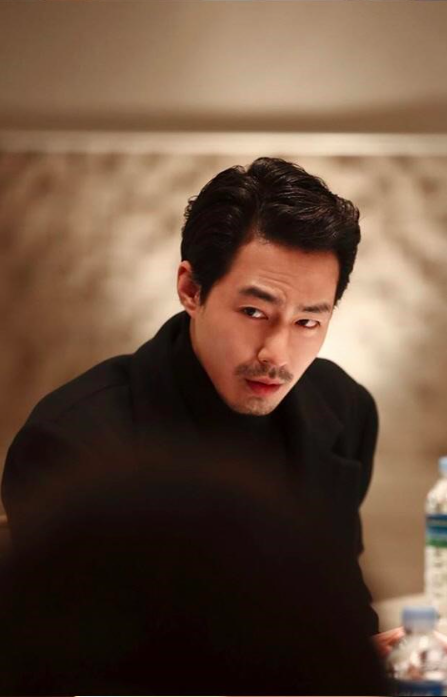 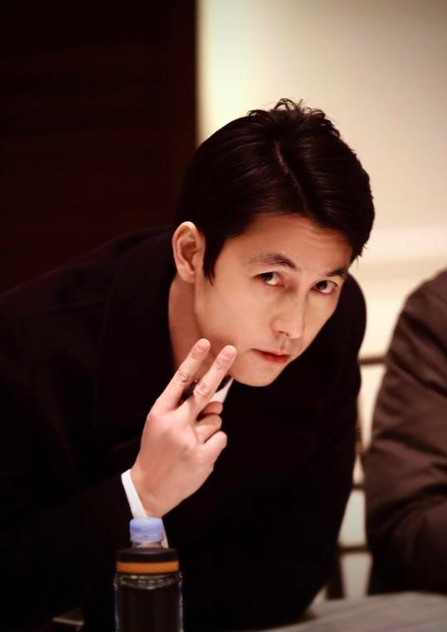 Directed by Han Jae Rim, the film tells the story of a man who becomes a prosecutor in order to fight corruption. He uses to his advantage a friend who is in a gang and a senior prosecutor who has become involved in corruption. Aside from the two male leads, the movie also stars Kim Ah Joong, Bae Sung Woo, Ryu Jun Yeol, Kim Eui Sung, and Jung Eun Chae.