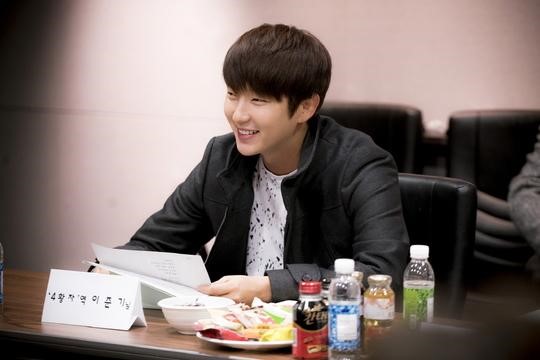 On February 3, Lee Joon Gi uploaded a black-and-white version of the “Moon Lovers” cast picture that was taken at the script read-through earlier.

In the snapshot, all the actors hold up their “number” (for example, Lee Jun Gi holds up “four” because he is the fourth prince). The caption reads simply, “Bros.” (The eight princes are not numbered 1-8, with the youngest Ji Soo being 14th.)

The drama is expected to air sometime in the second half of the year.