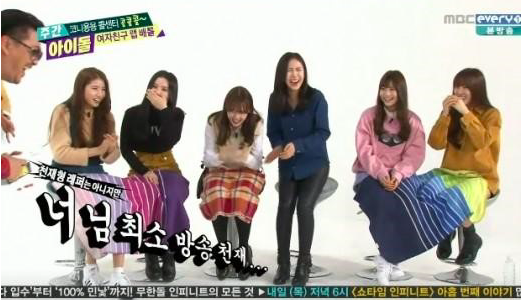 Sowon and ShinB showed their unique talents for rapping.

On the episode of MBC every1’s “Weekly Idol” that aired on February 3, GFRIEND appears as this week’s guest. Meanwhile, Jung Young Hwa fills in for Jung Hyung Don as a guest MC.

During “Idol Call Center,” fans request the group to rap. Sowon is first to attempt at rapping CL’s part in the song “The Leaders.” However, she soon trails off as her members laugh at her unnatural flow.

ShinB, too, tries to rap Outsider’s “Loner,” which is known for its fast pace, and ends up sounding more like a traditional folk song singer rather than a rapper.

“I thought you were a genius rapper, but now I think you’re more of a variety show rapper,” Defconn says. 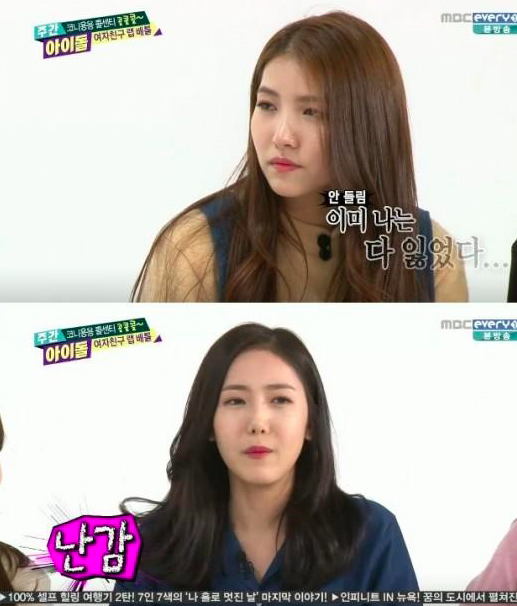 Watch their mad rapping skills in the video below!

GFRIEND
Sowon
ShinB
Weekly Idol
How does this article make you feel?