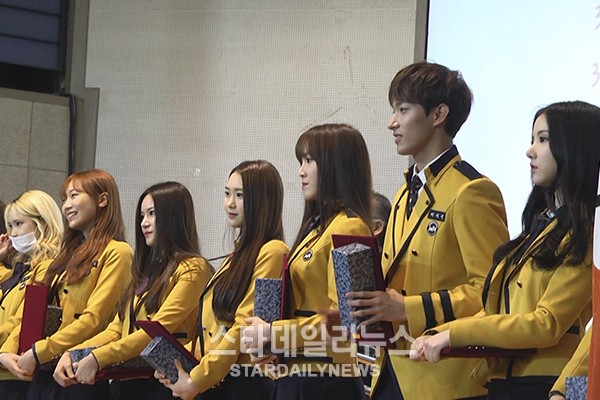 Most K-pop idols attend Seoul School of Performing Arts which is well-known for its famous students past and present. GFRIEND’s Yuju and Eunha, SEVENTEEN’s DK, Oh My Girl’s Jiho, DIA’s Eunjin and Chaeyeon, and Lovelyz’ Soojung have graduated from Seoul School of Performing Arts today. The graduates were joined by some of their fellow group mates who congratulated them on their special day. 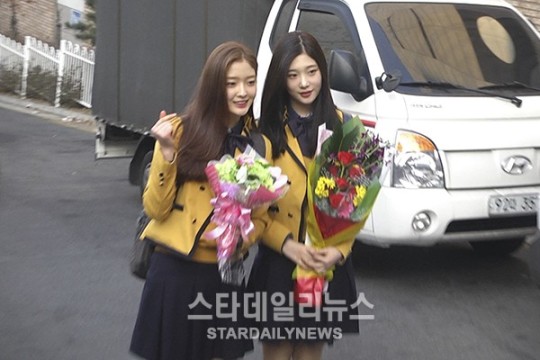 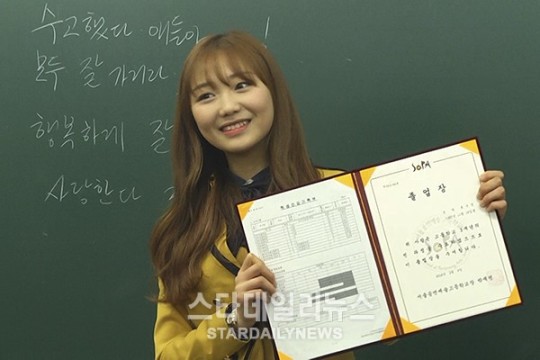 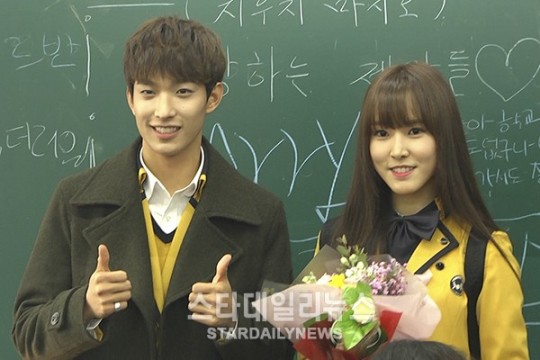 Congratulations to the graduates!