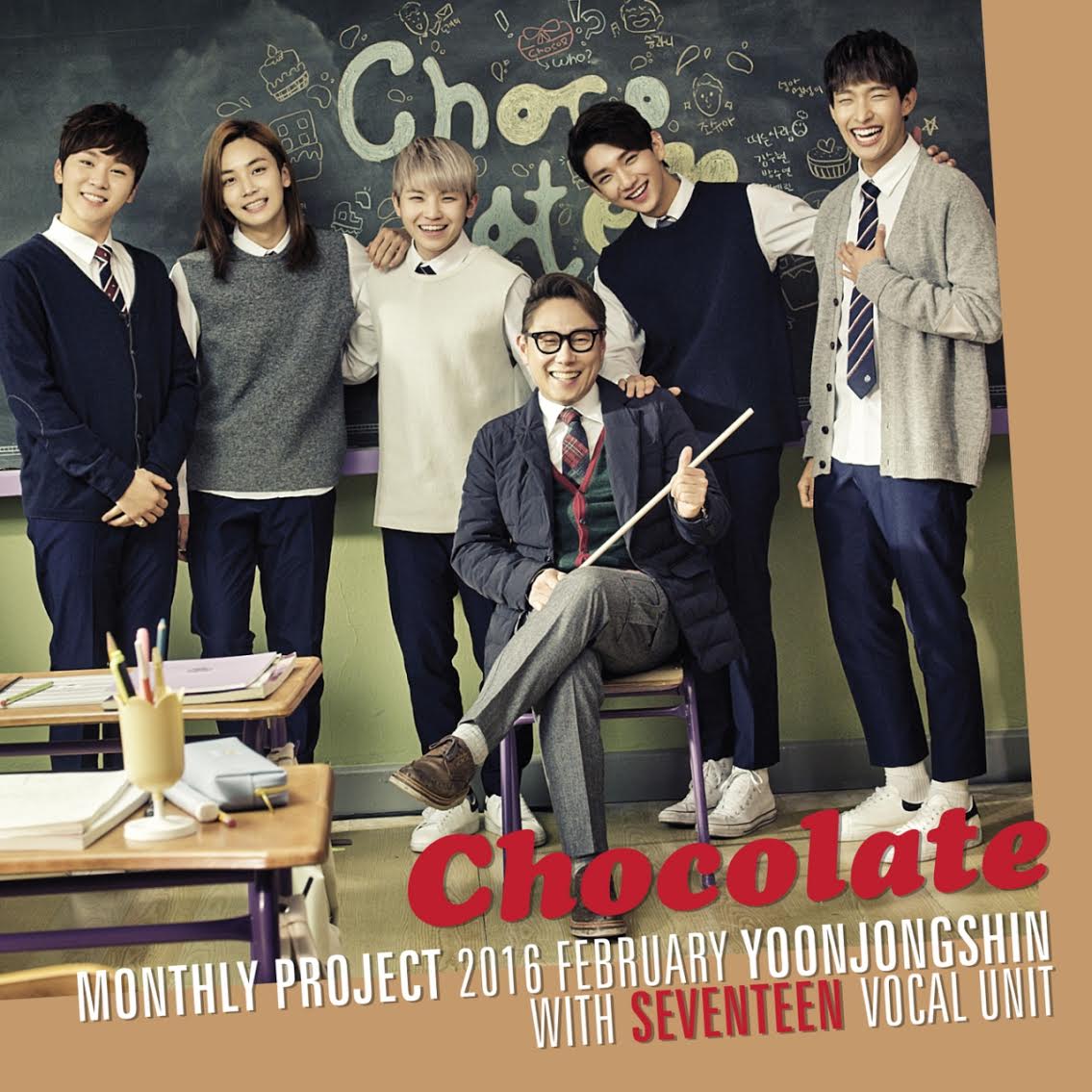 SEVENTEEN’s Junghan, Joshua, Woozi, DK, and Seungkwan will be collaborating with Yoon Jong Shin through a Valentine’s Day ballad titled “Chocolate.” The song expresses a sweet and exciting confession to the one they love. Due to SEVENTEEN’s youthful innocence, Yoon Jong Shin was reportedly very happy with how they sang the song.

Meanwhile, SEVENTEEN will be holding their encore concert “Like SEVENTEEN – Boys Wish” on February 13 and 14 at SK Olympic Handball Gymnasium.