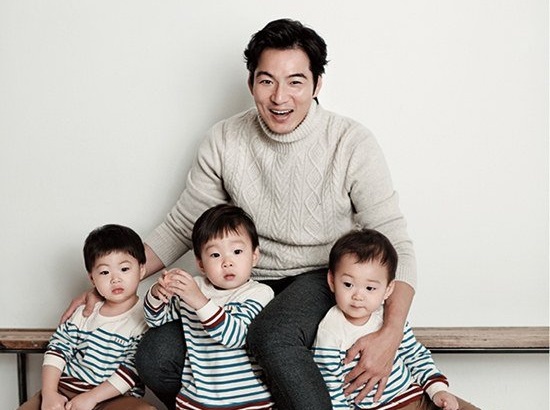 Many are already saddened thinking about the departure of Song Il Gook and his sons Daehan, Minguk, and Manse from the February 7 episode of the popular KBS show “The Return of Superman.”

He said, “Even after finishing the filming, I was able to see their faces every day as I edited the video and so it really seems like I spent the last 582 days with them, from their first episode on June 6, 2014 to their last episode February 7, 2016.”

He added, “Maybe because it was the last editing for them, but I just kept looking at their videos today. I feel so sad thinking that this is the last time I could see them. My heart felt stuffy and I even got teary-eyed. I can never forget the time that Song Il Gook and his triplets spent with us on ‘The Return of Superman.’ It feels like I must have done something great in my previous lifetime. I’m so happy I was able to film with such good people. I look forward to seeing Song Il Gook’s great acting in the future and I hope that the triplets grow up healthy and happy.”

The last episode for Song Il Gook and his triplets will be on this upcoming Sunday, February 7.

Are you sad to see the triplets leave?

You can check out their previous episode below!