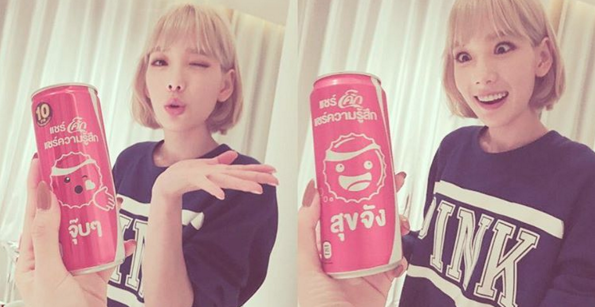 Girls’ Generation‘s Taeyeon has made fans laugh with a playful photo.

On February 4, Taeyeon posted on her Instagram saying, “[Someone] told me it looked just like me at first glance, and wanted me to try the same expression.” In the photo, Taeyeon is making the same faces and pose as the cartoon on a coke can, reflecting her playful and hilarious personality.

Along with the photo, she tagged “Thailand coke memories,” making fans comment on her cuteness.