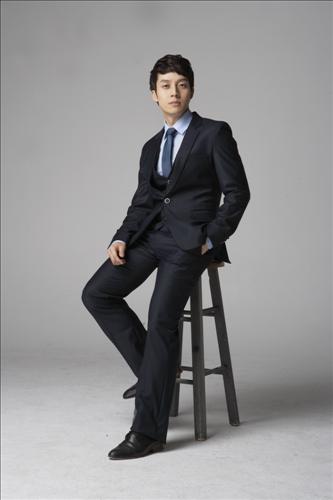 Heo Kyung Hwan started his broadcast activities in 2007 on the popular KBS program “Gag Concert” and has since been on many other shows, such as “Happy Together” and “The Human Condition.”

He currently is a fixed cast member on JTBC’s “Old House, New House” and “Late Marriage.” In addition to his skills as an MC, he has also shown his skills as a voice actor, singer, and business CEO.

A representative from Cube Entertainment said, “He is the perfect example of the type of talent that we wish to have in our family. We will provide him with all the help he needs to further develop his career.”

Heo Kyung Hwan revealed his feelings on joining the team as well, saying, “I am happy to join the Cube family. Through their stable management, I hope to make people laugh and smile across the country.”

Cube Entertainment was formed in 2008, and with the successful debuts of 4Minute and BEAST in 2009 has increased their influence on K-Pop. Their agency includes artists such as G.NA, BTOB, Troublemaker, Noh Ji Hoon, Shin Ji Hoon, and CLC. In addition to singers, Cube is also home to comedians like Kim Gi Ri and actors like Na Jong Chan, showing their status as a global content leader.

Cube Entertainment
Heo Kyung Hwan
How does this article make you feel?