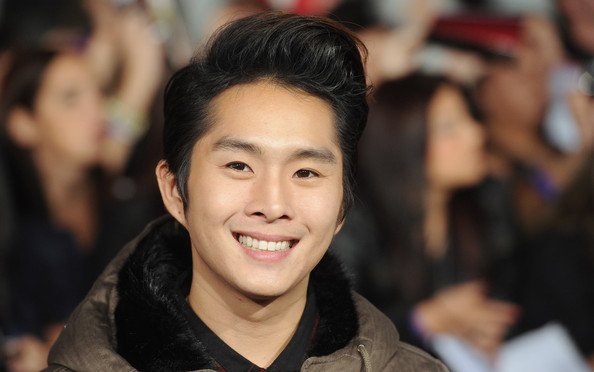 Exclusive: A Chat With Justin Chon

Viki recently hosted an exclusive chat with their original series, Dramaworld, star Justin Chon! The actor, best known for roles in “Twilight,” “21 & Over,” and “Wendy Wu,” came prepared to answer any and all questions fans threw at him.

While the chat was planned for Twitter, Justin answered a couple of questions on that platform before moving onto Periscope. If you missed the live #VikiChat, don’t worry, here’s a re-cap of the whole fan-led interview.

Next, he led the Periscope with shout-outs to all of his fans — and boy you guys are all around the world! Denmark, Brazil, Saudi Arabia, Lithuania, California…. it was an impressive mix!

When asked if he was famous, Chon actually responded with a negative. But he did imply that certain parts of his body were famous. We’ll let you guess the answer to that one.

Chon also made shout-outs to Steven Yuen and Brian Joo, both personal friends of the actor. Shedding more light on Dramaworld, Chon reminded viewers that the show is a mix of Korean and English — the first American series to be built around the Korean drama world. It will be premiering in April, only on Viki.

When asked about the status of his film “Seoul Searching,” Chon let fans know that it will be in theaters this summer. Justin Chon fans, mark your calendars.

When asked about working in Korea, Chon revealed: “I loved working in Korea, especially working with a Korean crew because I get to use my Korean and it’s also cool to be able to act in Korea. I’ve never been able to do it on that level so it was fun!”

Chon’s favorite drama? “All In” with Lee Byung Hun. And while he likes Korean dramas, he tends not to watch them because he gets too addicted and all of his work falls to the wayside.

And, in the spirit of his film “21 & Over,” Chon revealed what he did on his own 21st birthday. Apparently: “I spent it in Korea. I got completely wasted and woke up in the street in Shinchon. Completely drenched because it was raining.” Ouch!

When asked what motivated him as an artist: “I really like to express myself, I like creating art. I just like to put as much stuff as I can out there. What motivates me is being able to come up with something in my head and actually being able to put it out into the world for people to see.”

When asked about his store Attic, “Attic came from when there was no real streetwear shop in the early 2000s in Orange County and I decided to open my own.”

Remember, Dramaworld is the story of a major K-drama fan, Claire, who is somehow transported into her favorite K-drama. Can she navigate the tricky world of Korean drama? Justin Chon plays Claire’s guide to the Dramaworld — “guide” being a loose concept. Remember to tune into Viki in April for the premiere of this Viki original series.

Hoping to see Justin Chon in a city near you? Follow him on Facebook to stay updated on his travels and potential future fan-meets!

Soompi Spotlight
Dramaworld
Justin Chon
Viki
How does this article make you feel?