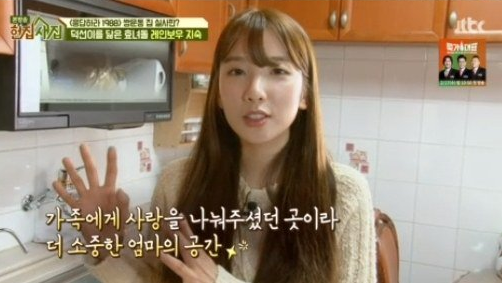 Rainbow’s Jisook Speaks About Her Late Mother and Her Home

Rainbow‘s Jisook talked about her mother who passed away in a recent show.

On the February 4 episode of JTBC‘s “Old House New House,” Rainbow’s Jisook appeared on the show and gave a tour of her own house. 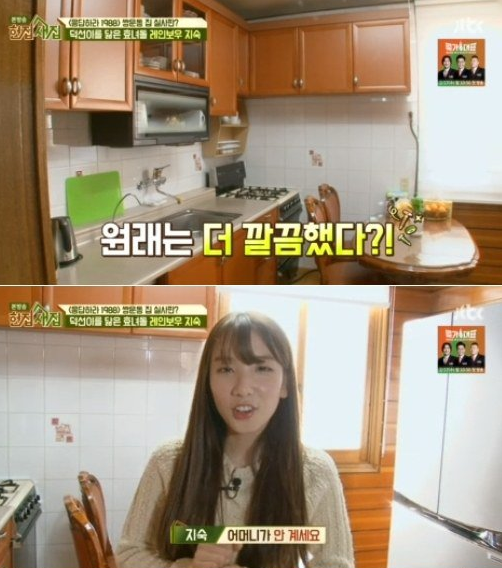 During the show, Jisook said, “Some people may already know but my mother is no longer with me.” While introducing the kitchen, she explained, “There was not a speck of dust in this area when my mother was here.”

She continued, “I don’t think I was able to keep the kitchen as clean as it was before after my mother passed away. The sink drawers are all broken and the dish dryer doesn’t work anymore.” 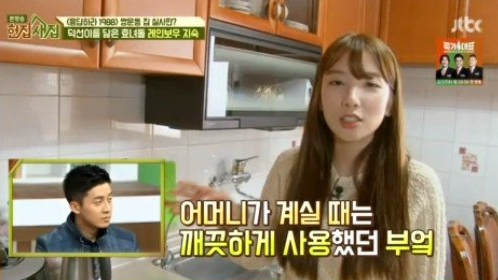 Jisook talked more about her mother, saying, “My mom liked collecting plates. If my mother was here, she would scold me for arranging the plates this way.”

Old House New House
Rainbow
Jisook
How does this article make you feel?