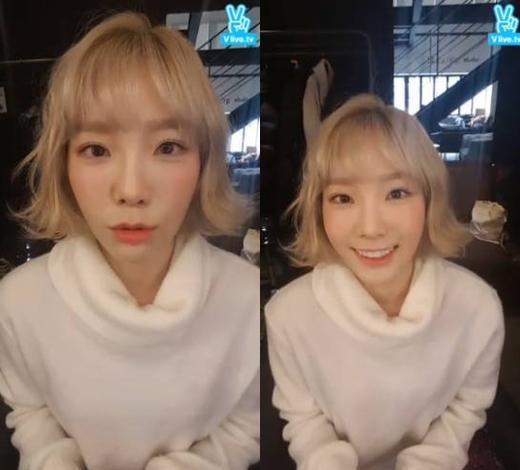 Girls’ Generation’s Taeyeon Reveals Why She Cut Her Hair

On the afternoon of February 5, Girls’ Generation leader Taeyeon surprised her fans with a spontaneous broadcast via the Naver V App.

During the broadcast, Taeyeon talked about her plans for the long holiday weekend. When asked about why she decided to cut her hair, Taeyeon had a confession to make. “I’ve said that I cut my hair because it was damaged, but the truth is that I messed up dyeing my own hair. The color didn’t come out right.”

Taeyeon went on to say that when she went to the hairdresser to get it fixed, there wasn’t anything they could do for her. In the end, she said, she had no choice but to cut it.