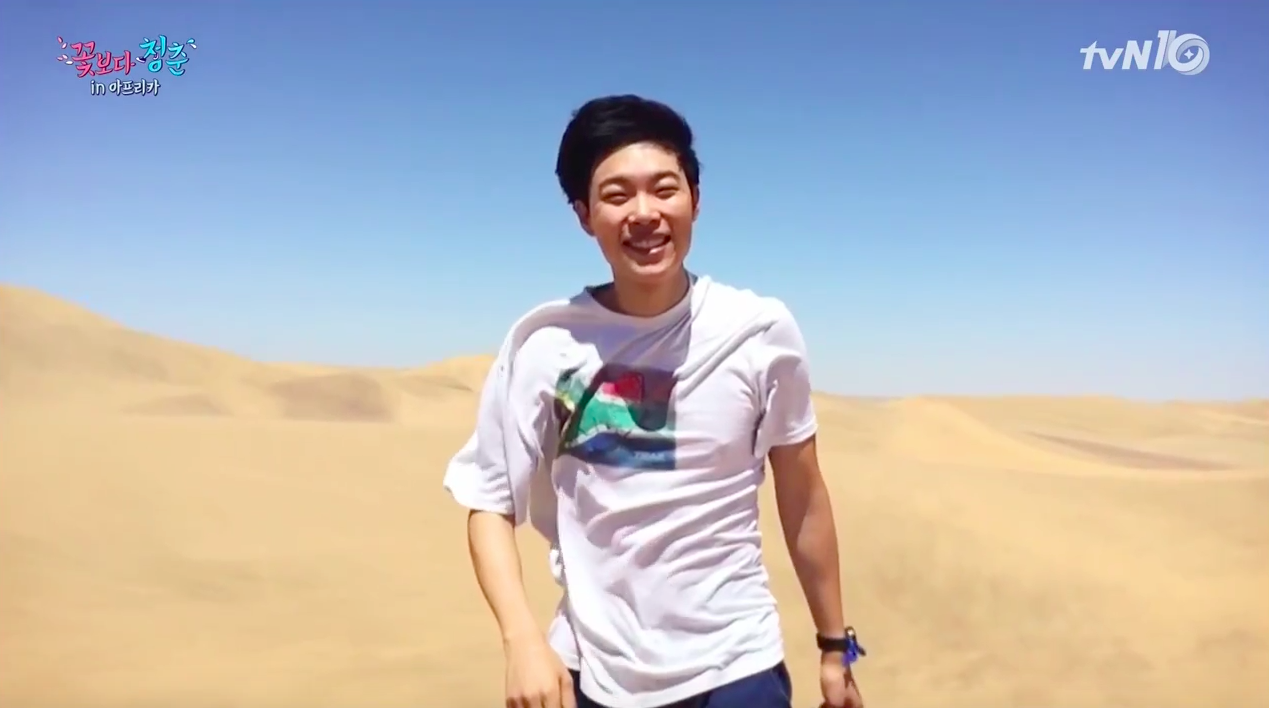 tvN’s “Youth Over Flowers” is giving us a sneak peek of its much-anticipated upcoming season with a preview video!

The next season will follow four stars of the popular tvN drama “Reply 1988” as they go on an adventure together in Namibia. Actors Ryu Jun Yeol, Ko Kyung Pyo, and Ahn Jae Hong were all whisked away from their cast and crew trip in Thailand last month by the “Youth Over Flowers” crew, while actor Park Bo Gum joined the guys in Namibia after wrapping up filming “Music Bank” in Korea.

The show aired its first preview during February 5’s episode of “Youth Over Flowers in Iceland,” and it features glimpses of the four guys enjoying their trip together in slo-mo footage. We see the group enjoying the feeling of the wind on their faces in an open car, Ko Kyung Pyo doing a less-than-successful cartwheel in the Namib Desert, Ahn Jae Hong playing with sand, as well as the quartet arriving at their ultimate goal: the stunning Victoria Falls.

The first episode of the next season of “Youth Over Flowers” will be airing on February 19 at 9:45 p.m. on tvN.