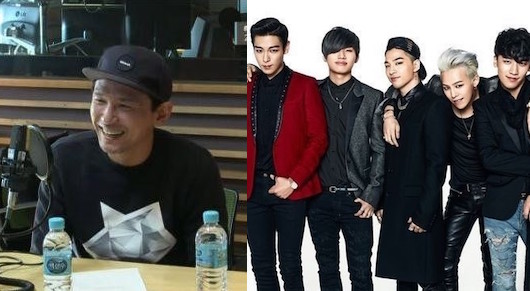 On February 5’s episode of “Park Kyung Lim’s 2 O’Clock Date,” actor Hwang Jung Min talks about how much he wants to go to BIGBANG’s upcoming concert.

Host Park Kyung Lim asks him, “Are you really a fan of G-Dragon?” and Hwang Jung Min answers right away, “Yes, that’s true! I’m a fan of BIGBANG.”

Hwang Jung Min says that he had a great time when he went to G-Dragon’s concert in the past. “I really wanted to dance, but I’m terrible at dancing so I was too embarrassed,” he says with a laugh.

“They’re doing a concert in Seoul, you know,” he adds. “In the beginning of March. I tried to get tickets online, but I couldn’t. They sold out in about three minutes.” Park Kyung Lim commiserates with him, since she says she also wasn’t able to get tickets to their show. 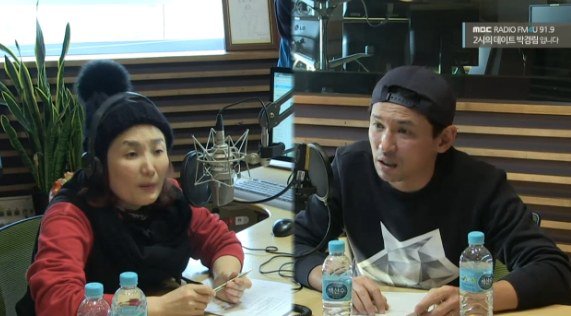 Hwang Jung Min then jokes, “Kang Dong Won recently entered YG Entertainment. So I’m planning on asking him [to get me tickets].”

When asked what his favorite BIGBANG and G-Dragon songs are, Hwang Jung Min replies that he likes everything, including “Bang Bang Bang” as well as older songs like “Heartbreaker.” However, when Park Kyung Lim tries to get him to sing part of “Heartbreaker,” he says, “I really can’t sing!”

Hwang Jung Min recently starred with Kang Dong Won in the hit film “A Violent Prosecutor,” which was released in Korea on February 3 and was already seen by over 1 million people after only two days in theaters.