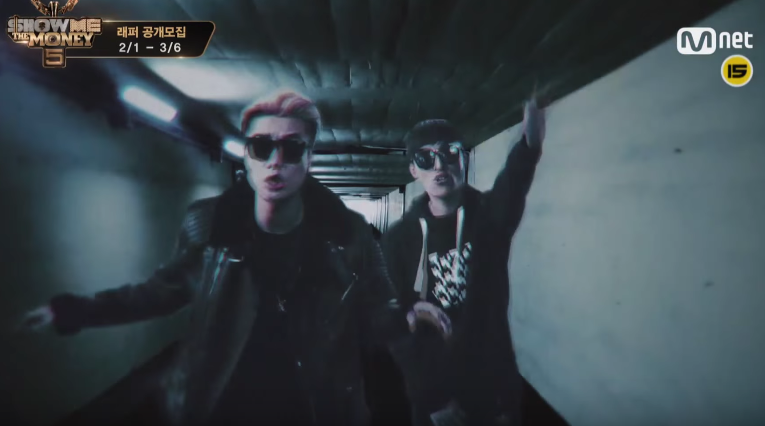 Rapper San E and former “Show Me the Money 4” contestant Black Nut team up to recruit contestants for the show’s brand new season.

In a new music video teaser released by Mnet, San E and Black Nut drop bars to promote the show.

At once controversial but highly successful, rapper survival show “Show Me the Money” is slated to return with a fifth season and is currently in the process of recruiting contestants for the show.

Open recruitment began on February 1 and will continue until March 6. Most notably, the show is holding preliminary auditions in the United States for the first time since its exception.

Are you excited for “Show Me the Money 5”?

Black Nut
Show Me the Money 5
San E
How does this article make you feel?