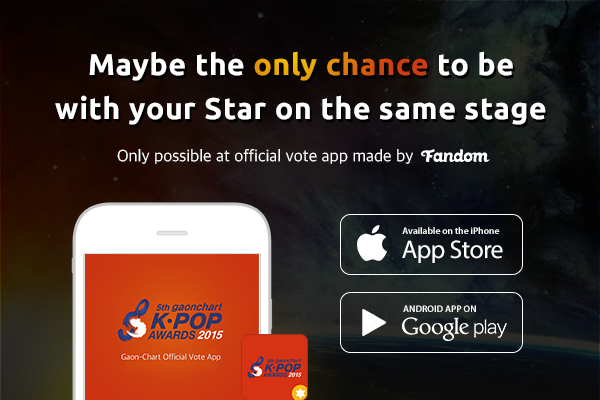 This year’s 5th Gaon Chart K-pop Awards will be held on February 17, 2016 at Seoul Olympic Hall in Seoul, Korea. Performers and attendees for the evening include top K-pop acts like EXO, BTS, and BIGBANG.

Fan voting for Popularity Award started January 20 and now the 3rd round of voting has begun to decide the final winner. After the first two rounds of voting, only 10 candidates remain from the original 53 nominees – EXO, BTS, BIGBANG, VIXX, iKON, Girls’ Generation, Zico, SHINee, INFINITE, and Super Junior. The competition between fandoms is getting intense. So far, EXO is leading with over 34% of votes and BIGBANG

This year’s fan votes are gathered through the official voting app, provided by Fandom, a K-pop mobile community service. The award is 100% based on fan voting – which means that you directly influence who is going to take home such a huge award. This year, a lucky fan who participates in voting will be selected to present the Popularity Award to the winner. You can enter to win this honor only by using Fandom app. A ticket to the awards and a round-trip flight ticket will be provided to fans living abroad – which means that no matter where in the world you are you can test your luck to win a free trip to Korea!

Soompi has partnered with Fandom and we have 5 free tickets for Soompiers around the world to attend the awards and see the magic live. Unfortunately, we are not providing flight tickets, sorry, but if you can be in Korea on February 17, this is an awesome opportunity to see all the major K-pop groups perform!

2. Vote for your favorite K-pop star!

5. Take a screenshot of your vote and tweet it to @star_fandom and @Soompi using #Gaonkpopaward

Hurry up, the event starts NOW and ends February 10, 12:00AM KST and Fandom will contact winners directly through Twitter. Good luck! 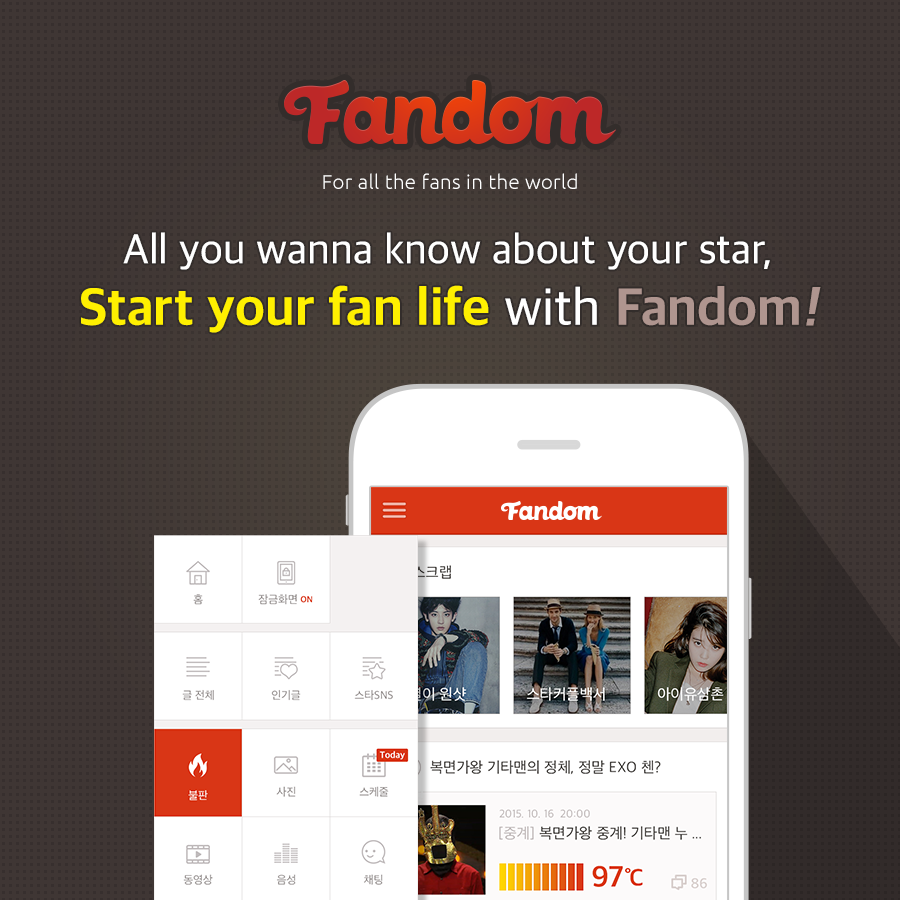 5th Gaon K-Pop Awards
How does this article make you feel?