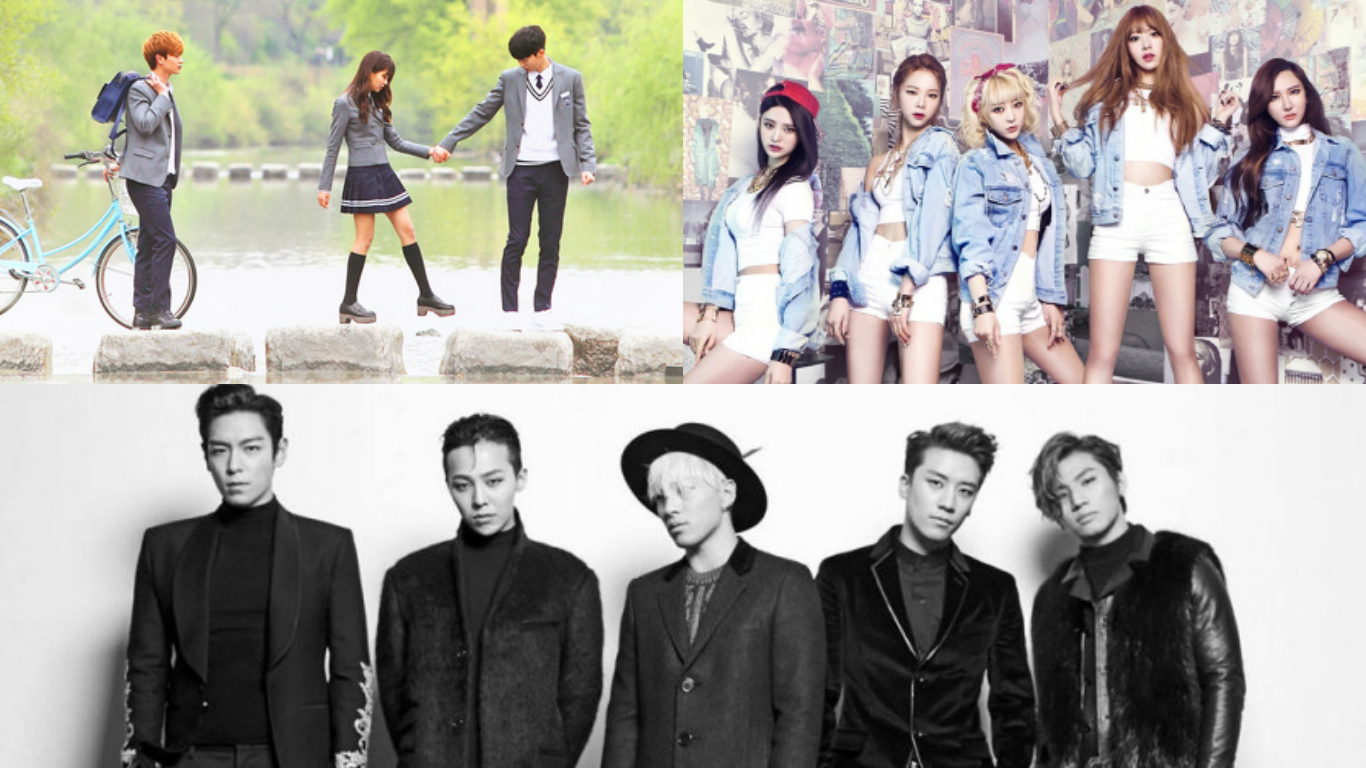 According to a Taiwanese music site, KKBOX, EXID’s “Up & Down” is the number one song on the K-pop singles chart for 2015.

KKBOX began in 2004, and includes 10 million users from not only Taiwan, but also Hong Kong, Japan, Singapore, Malaysia; and Thailand. Since its unveiling, it has become the number one online music streaming site in Taiwan.

Released on February 3, the chart not only shows EXID taking the number one spot, but they also are in number six for their song “Ah Yeah,” which was also fifth in the album category, showing the sharp increase in popularity EXID experienced last year.

EXID held their first showcase in Taiwan last July, and all 1,200 tickets sold out in five minutes, showing their influence as a hallyu idol group. Reportedly, EXID is “currently one of the most popular idol groups, and is unrivaled amongst girl groups.”

BIGBANG takes the crown for most singles on the chart, with a total of eight songs making it into the Top 20. Among these eight, “Bang Bang Bang” and “Loser” took second and third place respectively.

In fourth place is “Reset” by Tiger JK, which was actually part of the soundtrack for “Who Are You: School 2015,” showing the popularity and influence that Korean dramas also have in Taiwan.

Check out the rest of the Top 20 below! 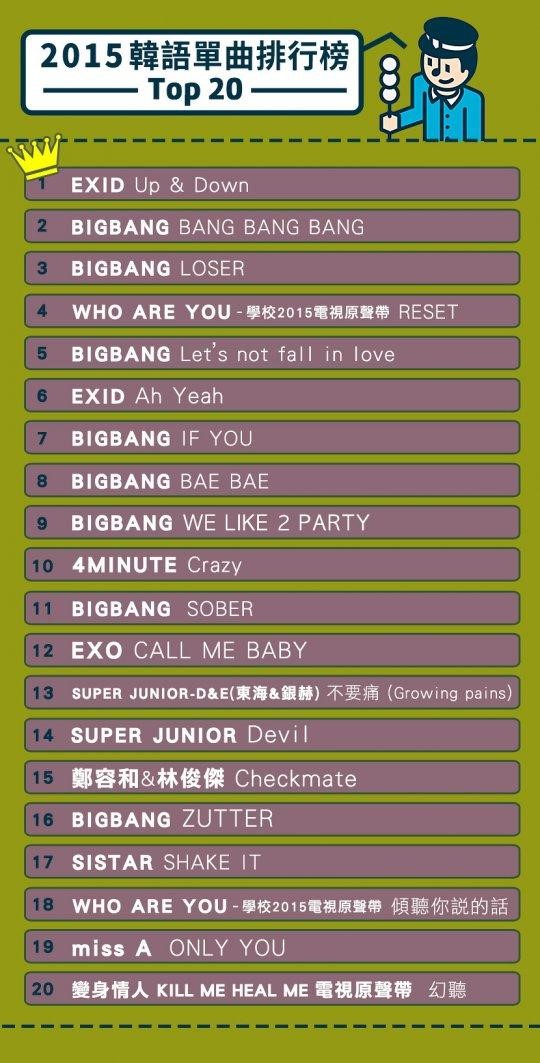 What songs are on your personal list for best singles of 2015?