Earlier this week, there were several eyewitness accounts reporting that they spotted A Pink‘s Bomi riding the public subway.

Among these reports was a picture clearly showing Bomi riding the subway. She was supposedly on her way home after hanging out with friends in the popular Hongdae neighborhood in Seoul. In the picture, she can be seen huddling comfortably while on her phone and unworried about drawing attention.

Bomi’s plain and natural appearance, which was different from her usual glamorous look on stage, gave a different charm and drew comments from Korean netizens like, “How come I never see her when I ride the same subway?” and “She is pretty in any kind of picture.” 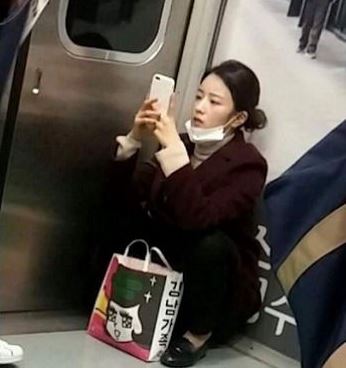