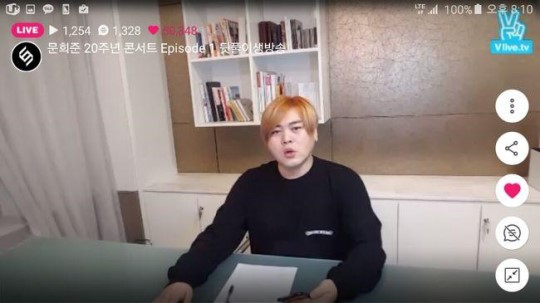 Moon Hee Jun has addressed the lack of dance parts at his solo concert.

On February 6, the former H.O.T member greeted fans via Naver‘s V app to discuss the end of his 20th anniversary solo concerts.

During the live broadcast, he revealed why he no longer includes dance performances in his shows.

“I feel so physically exhausted after dancing that I would be unable to hold my next show,” he explained that his body lacks the energy required for dancing and singing multiple days in a row.

“It’s all due to physical reasons. I’ll dance for you sometime in the future. But until then, I’ll keep dancing to a minimum.”

Moon Hee Jun
How does this article make you feel?