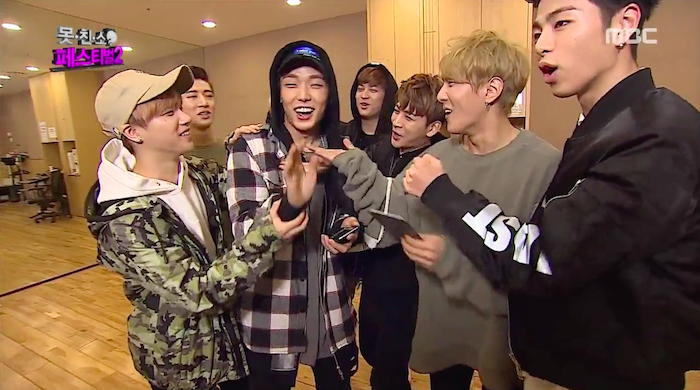 February 6’s episode of “Infinite Challenge” is the show’s second “Meet My Ugly Friend” special, in which the cast members invite male celebrities who are known as being charming even though they are considered by some to be lacking good looks.

iKON’s Bobby is voted by the “Infinite Challenge” members to appear on the show, beating out actor Ryu Jun Yeol for a spot as one of the 16 guests.

The crew finds Bobby in a rehearsal space with his group members, and the whole group is impressed to see that he’s getting an invitation from the show. 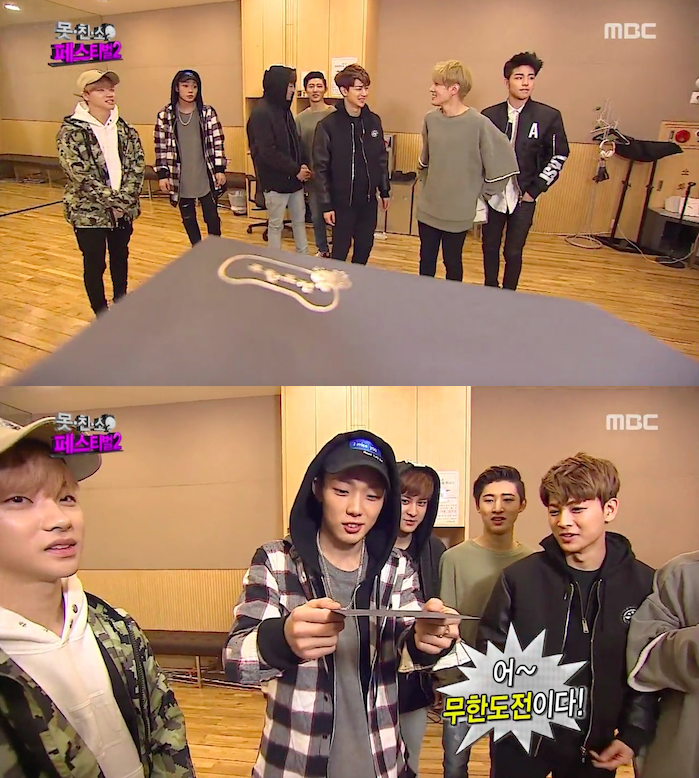 When they all receive their invitations to the show’s special, most of the other guests are less than thrilled, with some of them trying to get out of appearing on the show.

In comparison, Bobby and the rest of iKON get excited right away and start chanting the name of the special louder and louder. Although Bobby looks like he tries to get them to stop, the rest of the group keeps celebrating happily. 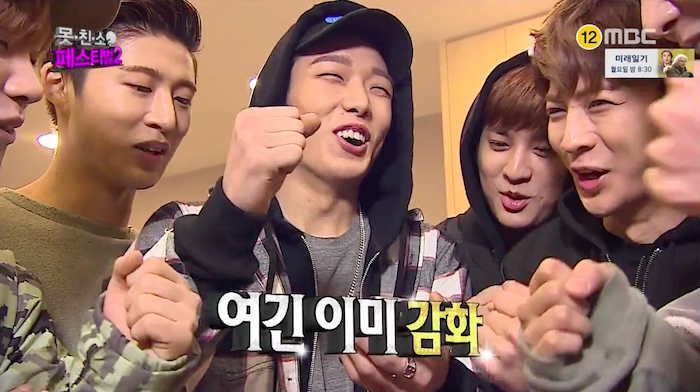 Check out more of Bobby on the latest episode of “Infinite Challenge”!

iKON
Bobby
Infinite Challenge
How does this article make you feel?