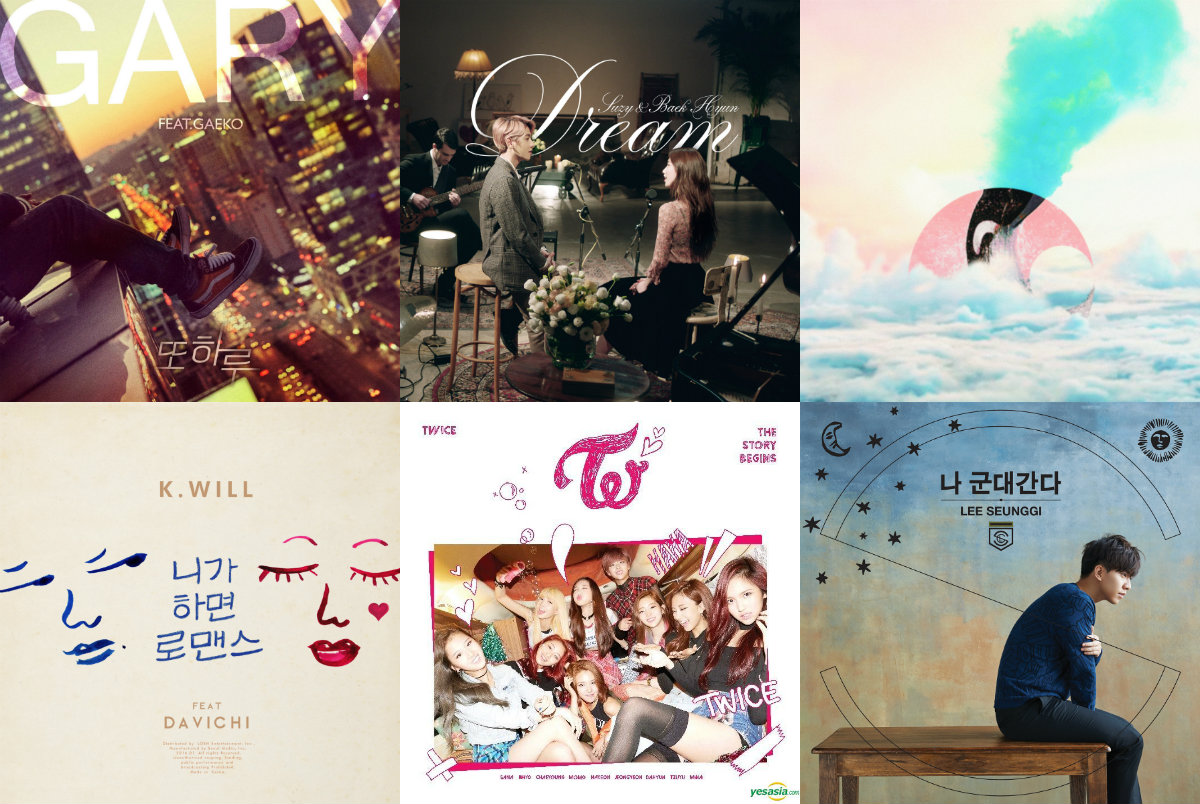 The top three songs remained unchanged this week as Suzy and Baekhyun’s “Dream” is our No. 1 song on our chart for the third straight week. This song was No. 1 on Inkigayo and is the most consistent songs among the top hit songs on our chart. Congratulations again to Suzy and Baekhyun.

There are four new songs in the top 10 this week. Moving up 10 spots to No. 4 is Crush’s “Don’t Forget.” This song is a lyrical R&B song about hoping the moment spent with one’s lover would last forever. Girls’ Generation’s Taeyeon is featured on the song. “Don’t Forget” won on Show Champion last week. It has a good chance to move into the top three next week.

Moving up 18 spots to No. 6 is Lee Seung Gi’s “I’m Going To The Army.” As the song title implies, this song will be Lee Seung Gi’s last hit song for a while as he is enlisted in the military. It is the last gift to his fans before his enlistment. Lee Seung Gi used this song to express his gratitude towards fans.

Debuting at No. 7 is GFRIEND’s “Rough.” GFRIEND was one of last year’s top rookie artists. They started their sophomore campaign with a bang. This song is coming from GFRIEND’s third mini-album “Snowflake.” Written by Lee Ki and Yoong Bae, who is also responsible for their breakthrough hit “Me gustas tu” last year. “Rough” has listener friendly melody and beautiful lyrics. It has accumulated many music shows wins this week and will have a great chance to become our new No. 1 song next week.

Moving up 32 big spots to No. 10 is Teen Top’s “Warning Sign.” This song is the title track from Teen Top’s mini-album “Red Point.” It is a pop dance hit with R&B sounds. The lyrics are about a warning sign of being still in love with a girl who had a change of her heart. “Warning Sign” won on Music Bank and The Show last week but was not listed on GAON and other internet charts. It has to settle at the bottom of the top 10 this week.