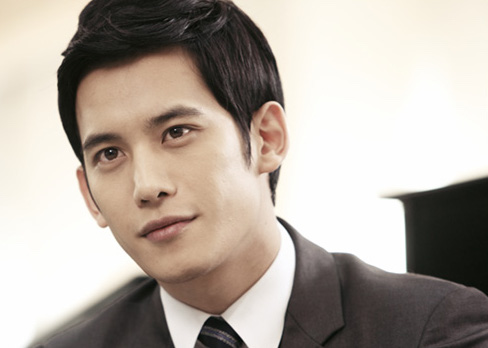 Park Ki Woong on His Most Difficult Experience in the Military

Actor Park Ki Woong has officially completed his military service and returned to the open arms of fans.

Domestic fans and even fans from China and Japan attended the actor’s official discharge ceremony on February 7.

Park Ki Woong expressed his gratitude for his fans’ support and reflected on his time in the military.

“I enlisted on Parents’ Day and ended up getting discharged on [Lunar] New Year’s,” he notes. “Thank you for not forgetting me and coming.”

“I really wanted to act,” he continues. “That’s why I quickly selected my next project. I am preparing hard for it.”

Park Ki Woong also shared the most difficult experience he had during the past one year and seven months: shoveling snow. “I didn’t think I’d have to shovel snow because I was in the police unit, but I had a very difficult time clearing it,” he says. “Our base was in Seoul, but we were in a location 300 meters above sea level, so a lot of snow fell.”

Meanwhile, Park Ki Woong has confirmed that MBC drama “Monster” will be his first project post-discharge. The drama is slated to air this coming March following the conclusion of “Glamorous Temptation.”

Park Ki Woong
How does this article make you feel?