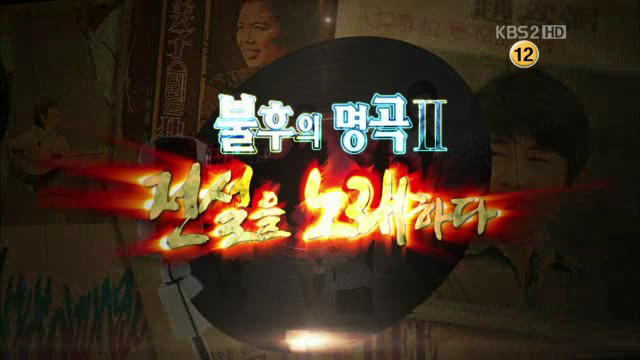 8 Performances From “Immortal Song” You Need to Watch Right Now

One of the best things about music is that every artist has their own unique style, and there’s nothing quite like seeing an artist bring out his or her talent and personality in their live performances. And I don’t know about you, but I love it when singers perform covers, adding their own personal twist and creating fresh music. Thanks to the popular KBS show “Immortal Song,” we can enjoy amazing new covers of Korea’s most beloved songs every week.

In no particular order, here are just a few of the most spectacular performances from “Immortal Song”:

Starting off the list strong is Ailee, one of Korea’s reigning divas and a frequent performer on “Immortal Song.” This performance of Yoon Bok Hee‘s 1979 song “Everyone” is classic Ailee brilliance, complete with Ailee’s charismatic stage presence: a wind machine blowing her hair back, Beyoncé-style; and of course, an incredible range of deep low notes and powerful high notes. Bonus: a choir full of adorable children! Watch Ailee belt it out (with Yoon Bok Hee beaming like a proud mother) here:

Hwang Chi Yeol, a former vocal trainer for INFINITE who rose to fame on the show “I Can See Your Voice,” became known as the 2015 “Super Rookie” of “Immortal Song.” On an episode dedicated to the “Goddess of Ballads,” Baek Ji Young, Hwang Chi Yeol chose to cover one of Baek Ji Young’s dance songs, the 1999 hit “Burden.” This performance showcases all of his charms: his rich, husky voice, his incredible dance skills, and his infectious energy. Enjoy Hwang Chi Yeol’s “deubstep” performance (he hilariously mispronounced “dubstep” in his introduction) below!

Two of EXO’s beagles, Baekhyun and Chen, are all seriousness in their powerhouse duet performance of “Really I Didn’t Know” by Lim Hee Sook. The young idols were able to show off their amazing voices in this emotional song, working together in perfect harmony and hitting many impressive high notes. Wouldn’t you love to see more performances like this from EXO? I know I would!

Lee Hae Ri, half of the dynamic duo Davichi, blew everyone away with this touching cover of Park Jin Young‘s 1994 song “Behind You.” Park Jin Young certainly looked like he was having all the feels throughout the performance, and Lee Hae Ri even shed a few tears of her own.

Speaking of feelings, here’s another power ballad from Kim Feel, another frequent performer on “Immortal Song.” Kim Feel never fails to impress the audience with his gritty voice and passionate performances. He captivated everyone in the audience with his rendition of Baek Ji Young’s ballad “Like Being Shot.” Baek Ji Young commended him for his heartfelt performance, saying she was impressed by how far he’s come since he rose to fame on “Superstar K6.”

Time for a pick-me-up, don’t you think? When you’re feeling down, listen to this peppy cover of g.o.d‘s song “One Candle,” performed by rising diva Son Seung Yeon and some of her fellow contestants from “Voice Korea” (Yoo Sung Eun, MIWOO, Lee Ye Jun, and Ji Se Hee). The five talented women showed off the amazing range of their voices, from their powerful harmonies to their rapping skills. Their high-energy performance had everyone dancing and clapping along!

In this emotional episode of “Immortal Song,” the performers paid tribute to the late songwriter Shin Hae Chul. K.Will‘s breathtaking performance of “Dream of the Freshwater Eel,” which Shin Hae Chul described as one of his best songs and even requested to be played at his funeral, brought many people in the audience to tears. Even K.Will couldn’t hold back his tears after finishing his performance, explaining that he has listened to Shin Hae Chul’s music since he was a teenager and that “Dream of the Freshwater Eel” was the song that had the biggest impact on him.

We can’t forget about the other half of Davichi, can we? Last but certainly not least, treat your ears to this gorgeous performance by Kang Min Kyung, a cover of Seo Ji Won’s song “With My Tears.” Kang Min Kyung’s voice climbs higher and higher as the song builds and the key changes, but she makes it look easy! Watch her incredible performance below:

Soompiers, what is your favorite performance from “Immortal Song”? Let us know in the comments!