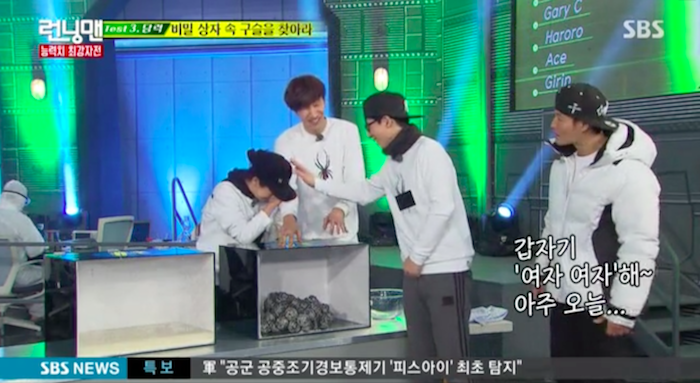 In the latest episode of “Running Man,” Song Ji Hyo’s fellow cast members tease her about her new virtual marriage.

It was recently announced that Song Ji Hyo is filming the Chinese version of “We Got Married,” entitled “We Are in Love,” with Taiwanese actor Chen Bolin as her virtual husband.

During February 7’s episode of “Running Man,” Song Ji Hyo gets terrified during the courage test, when she’s the last member to have to find glass balls by putting her hand in a number of boxes that contain strange objects she can’t see.

Her fear has been turned up several notches by the fact that she’s had to watch as most of the other members were horrified by what they touched when they put their hands in the mystery boxes. It also doesn’t help that she has a terrible phobia of insects, and she’s sure one of the boxes will contain some bugs!

Song Ji Hyo is unable to get her hand in a box at first, and just clings to Lee Kwang Soo’s arm with her head down. “I think I’m going to cry!” she says. 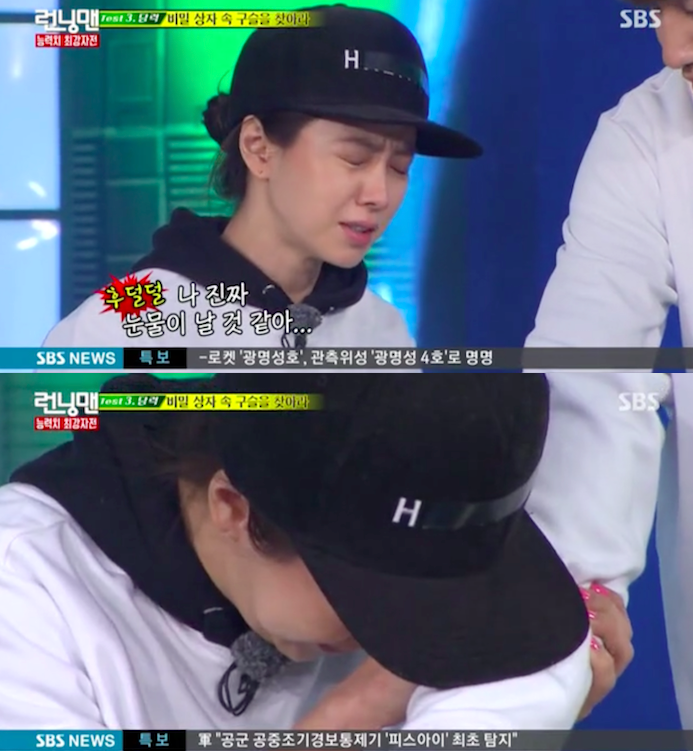 “Has Chen Bolin changed you that much?!” yells Gary from off camera, and Song Ji Hyo laughs in response. 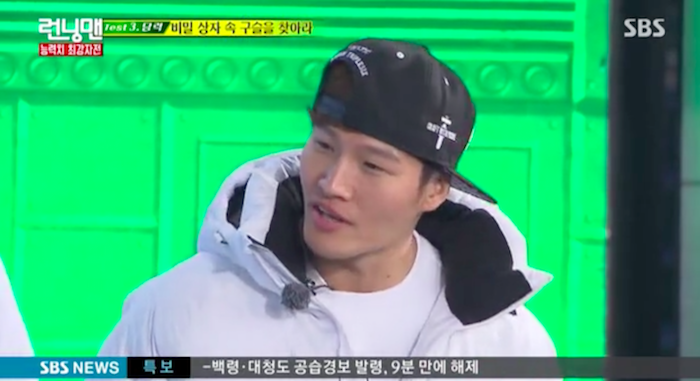 Watch the scene in the latest episode of “Running Man” below!

Song Ji Hyo
We Are in Love
Chen Bo Lin
Gary
Kim Jong Kook
Running Man
We Got Married
How does this article make you feel?