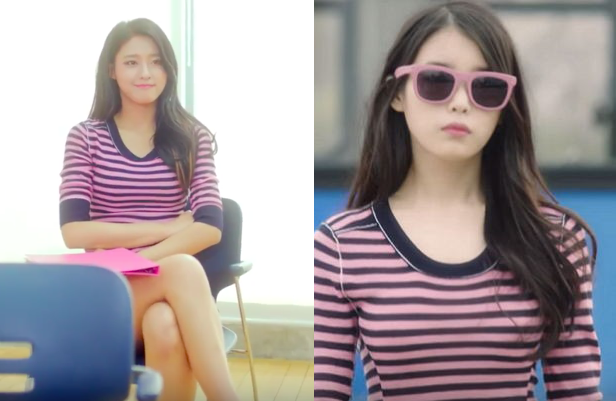 Who Wore it Better? AOA’s Seolhyun vs. IU

In a recent online community post, people have been talking about AOA‘s Seolhyun and solo singer IU – more specifically, about a dress they both wore.

Netizens have been commenting on a close-fitting, striped purple and pink dress that both women wore, noting the different feelings that both gave the outfit. According to the comments, Seolhyun gave the dress a sexy and loveable air in AOA’s music video for “Heart Attack.”

IU, on the other hand, made the outfit feel aloof and elegant paired with a matching set of shades for her role in the popular KBS drama “Producer.”

So who do you think pulled off the dress better?

IU
AOA
Seolhyun
How does this article make you feel?