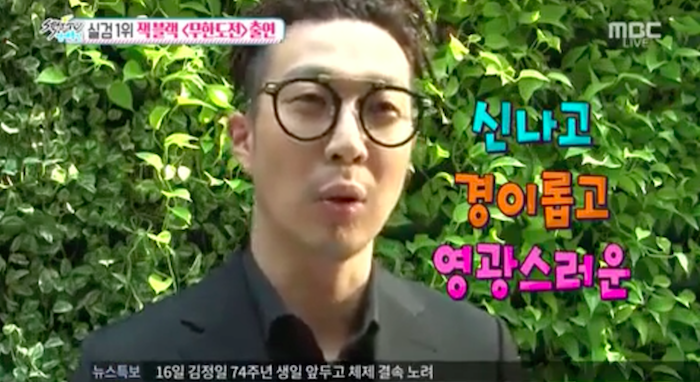 On February 7’s episode of “Section TV,” Haha talks about what it was like to film January 30’s special episode of “Infinite Challenge” with Hollywood star Jack Black.

“There wasn’t any feeling of difference,” he says. “He seemed like he’d always been a member of the show.”

“We hardly ever stopped filming,” Haha goes on to say. “During the shoot, Jack Black kept giving us compliments. It was so fun and amazing, and such an honor. I was so happy while filming.”

When asked which member Jack Black seemed to fit best with, Haha replies, “He seemed to like my childish jokes. I think he was 99 percent sincere while we were filming.” 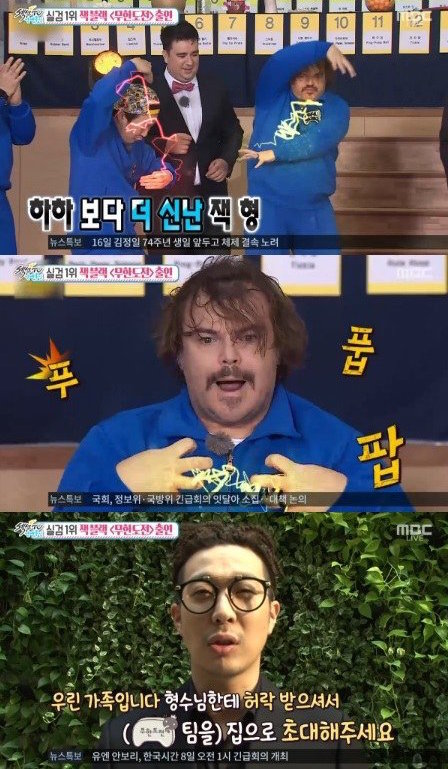 What did you think of the special episode of “Infinite Challenge” featuring Jack Black?