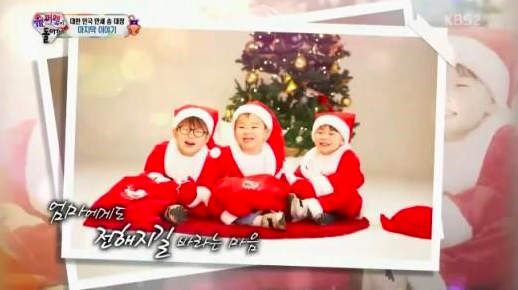 The three little boys who had stolen hearts across the country for 19 consecutive months have finally said goodbye to the show that made them famous.

On February 7, the Lunar New Year special of “The Return of Superman” aired, featuring the Superman fathers babysitting other families as well as the Song triplets’ final appearance.

The triplets’ segment began with Song Il Gook saying to Daehan, Minguk, and Manse, “This is the last morning filming of ‘The Return of Superman.’ What was the most memorable moment for you?” 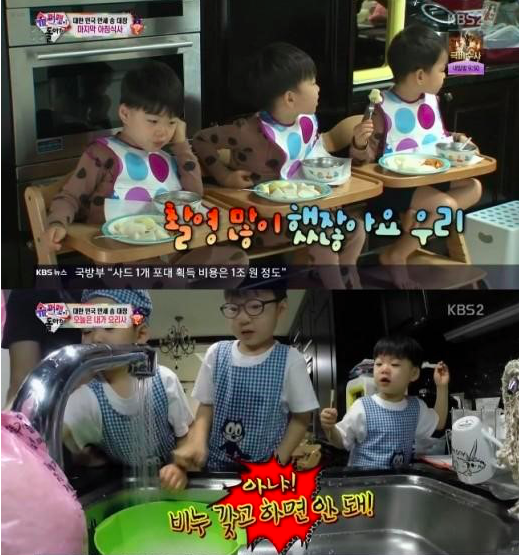 Minguk chose the time when the triplets visited a fire station and spent a day as a firefighter, learning how to use a hose and zipline. Manse preferred the time they spent in the military, particularly the air force, and Daehan chose the day that they visited their father on the set of “Jang Young Shil.” 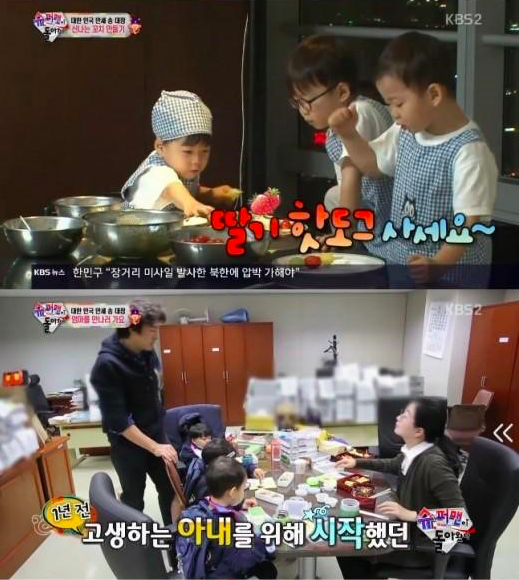 The triplets also prepared a surprise for their mother. Song Il Gook explained, “The reason I decided to appear on ‘The Return of Superman’ was to give their mother a break.” But when he talked to his wife, he apologized to her for making so many memories without her.

Jung Seung Yeon, the triplets’ mother, said, “It’s hard to keep a daily record of children’s growth. The best thing about this show was that we could keep a record of how much our children had grown. Now I’m worried about how to remember moments like these going forward.” 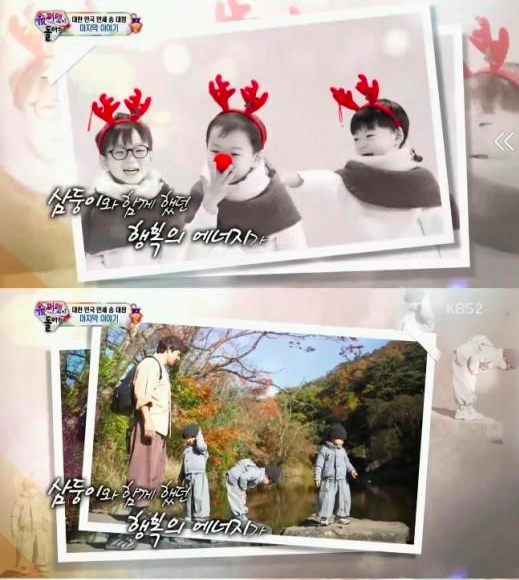 “During the first episode, I was worried that I wouldn’t be able to do it,” Song Il Gook said. “But once I’d done it, I felt confident. After that, I was happy to keep thinking of new things we could do together. We were happy personally, but I’ve also learned that there were people who watched the show and decided to have children.”

When the triplets said their final goodbye during an interview, in a sad parallel with their first appearance, Manse broke the production staff’s hearts by saying, “I’m not going to be sad. Then the dinosaur uncles [the cameramen] will be sad, too.”

Good luck to Song Il Gook and the triplets in the future!

Watch their last appearance in the latest episode below: