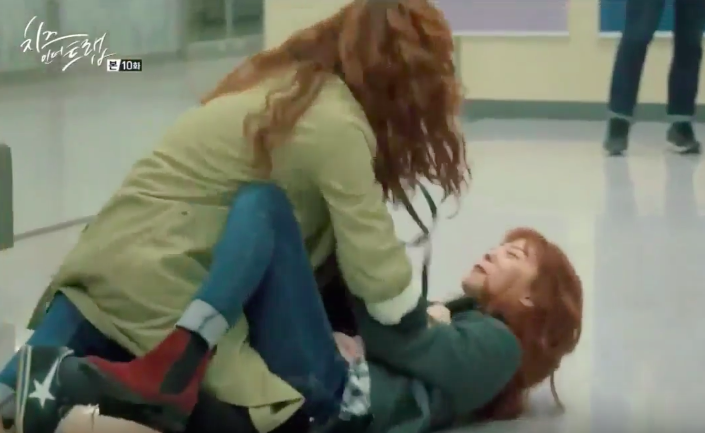 She reveals that filming for the girls’ heated confrontation took a whopping seven hours. “It was my first time filming a scene so physical and emotionally demanding, so it was a bit difficult, but because Go Eun unni who has more experience led a lot, the filming went more smoothly than it could have been,” she shares.

“More than Seol, I actually had a bone to pick with Bora (played by Park Min Ji) who is always saying something from the sidelines. So I was really glad to have the opportunity to say something to Bora before fighting with Seol. It was so refreshing,” Yoon Ji Won continues, clearly very much immersed in her character.

Meanwhile, “Cheese in the Trap” airs every Monday and Tuesday at 11 p.m. KST.

How did you feel about Min Soo and Seol’s fight?

Cheese in the Trap
Yoon Ji Won
Kim Go Eun
Park Min Ji
How does this article make you feel?