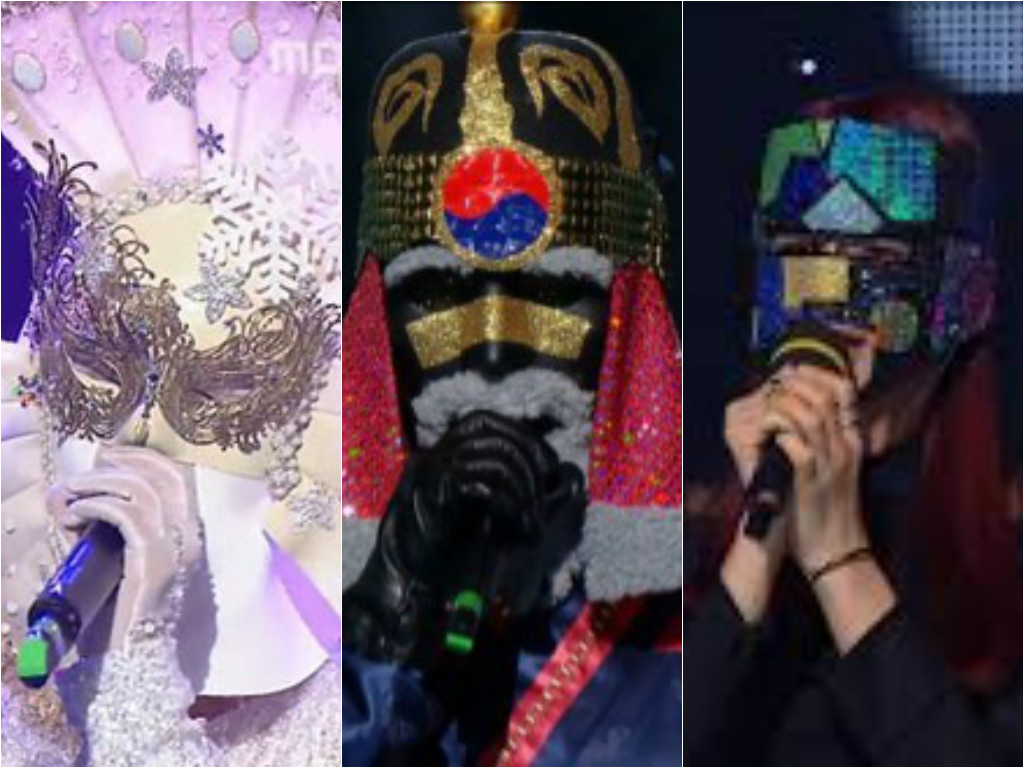 Who Has Been the Most Memorable on “King of Mask Singer”?

The PD of MBC’s “King of Mask Singer,” Min Chul Ki, has revealed his reasons for picking EXID’s Solji, singer/actor Lee Ji Hoon, and CSJH The Grace member Dana as his most memorable on the show.

In an interview with OSEN, when asked to pick the most memorable three singers he has had on the show so far, he first spoke of Solji, saying, “While all the singers who have been on the show have sung very well, Solji especially sang very well. I was so surprised as soon as I heard her.” He added, “A recent singer who has gained a lot of attention from the show is Dana. I had forgotten about her after she starred on “Nonstop,” but I had heard that she sang well so I asked her to guest on the show. Another great singer I remember is Lee Ji Hoon. If you asked me to pick the three stars who surprised with their vocal prowess, it would be those three.”

Solji starred on the pilot episode of the show last year under the name “Self-Imposed Mosaic” and won on that first episode. Dana, under the name “Heart Attack Snow Flower,” drew attention with her incredible rendition of the classic song “A Scar Deeper than Love” and Lee Ji Hoon, with the name “Follow Me,” competed with the champion “Cats Girl,” but unfortunately lost and had to reveal himself under the mask.

Min also added singer Hyun Jin Young and Kim Seung Jin to his list, remembering the intense competition between Hyun Jin Young’s “119” and “Cats Girl” that ultimately ended in “Cats Girls’” victory. He also mentioned Kim Seung Jin’s memorable performance of “Desert Island” as one that was impressionable for him as well.

Min said, “Everyone knows that Kim Yeon Woo is a good singer. But when we filmed with Baek Chung Kang and UP10TION’s Sunyool, I was so nervous the entire time. They’re both so well-known to everyone that it was nerve-wracking to hide their identity.”

In order to be an audience member for a filming, people must apply and sign a contract promising not to reveal anything during the filming. Min revealed he does not even give tickets to the filming to his own friends, saying that, “I want more people to be exposed to the show.”

Min said, “Even if your identity is revealed on the show, singers seem to gain strength from starring in it. If there was a difference from other shows, it would be that we try to stay loyal to the original song. By singing behind a mask, they are able to focus completely on singing and the rest of us are able to focus completely on trying to figure out who is behind the mask. Even if it is not a star, we want to give a memorable stage to anyone who wants to sing. It is actually becoming more difficult to provide that type of surprise for the viewers.”

Who have been the most memorable singers on the show so far for you?

EXID
CSJH The Grace
Dana
Solji
Lee Ji Hoon (1979)
The King of Mask Singer
How does this article make you feel?