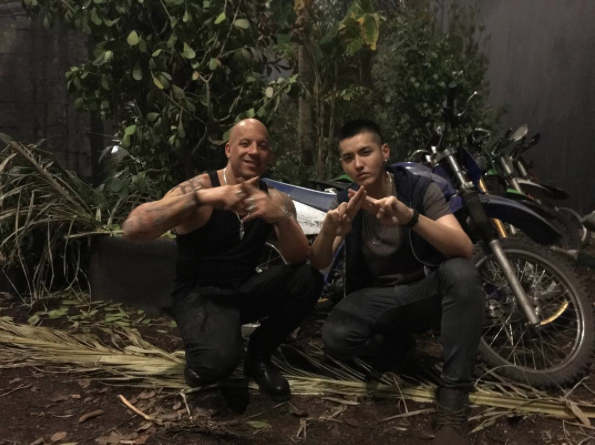 Kris Wu and Vin Diesel Get Chummy on Set

On February 9, Kris Wu (also known as Wu Yi Fan) posted a friendly snapshot of himself and his co-star Vin Diesel on his Instagram account.

The story’s plot line is centered around Xander Cage (Vin Diesel) who is left for dead after an incident. He then secretly returns for a new assignment with his handler Augustus Gibbons (Samuel L. Jackson). The film is scheduled to be released in 2017.

Are you looking forward to the film?

Wu Yi Fan
Vin Diesel
Kris
How does this article make you feel?