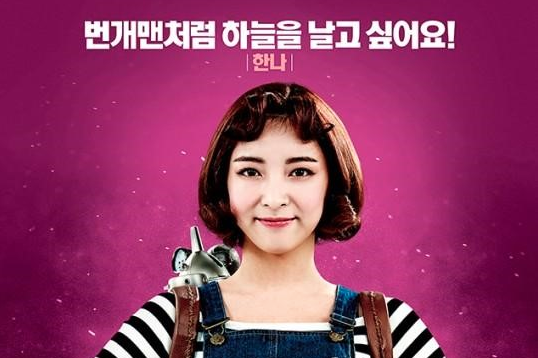 Luna reveals that the filming for her movie, “Lightning Man’s Secret,” actually ended last year, and that in preparation for her role, she “practiced for 10 hours a day.”

When the DJ asks about the outfits she had to wear for her role, Luna replies, “The body doesn’t really matter with Lightning Girl’s outfit. Because she is the children’s ideal, you just have to imagine a tomboyish Pippi.”

Luna also talks about her co-star Jung Hyun Jin, and how “even though he was wearing a suit for his role as Lightning Man, he never once complained although it was the middle of summer. I’ve never once seen him get mad.”

“Lightning Man’s Secret” will be released in Korean theaters on February 11.

Lightning Man's Secret
f(x)
Luna
How does this article make you feel?