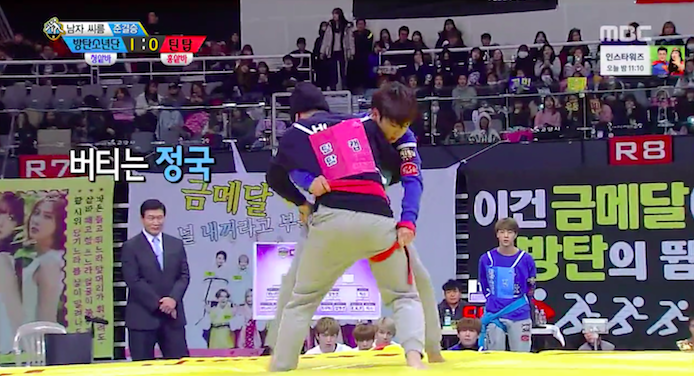 Members of eight male groups in total take on the challenge of Korean wrestling (ssireum) to win the gold for themselves and their group. Members of BTS and BTOB go up against each other in the first round, with BTS taking the win. Teen Top also wins against GOT7, UP10TION beats MONSTA X, and VIXX defeats B.A.P to move on to the semi-finals. 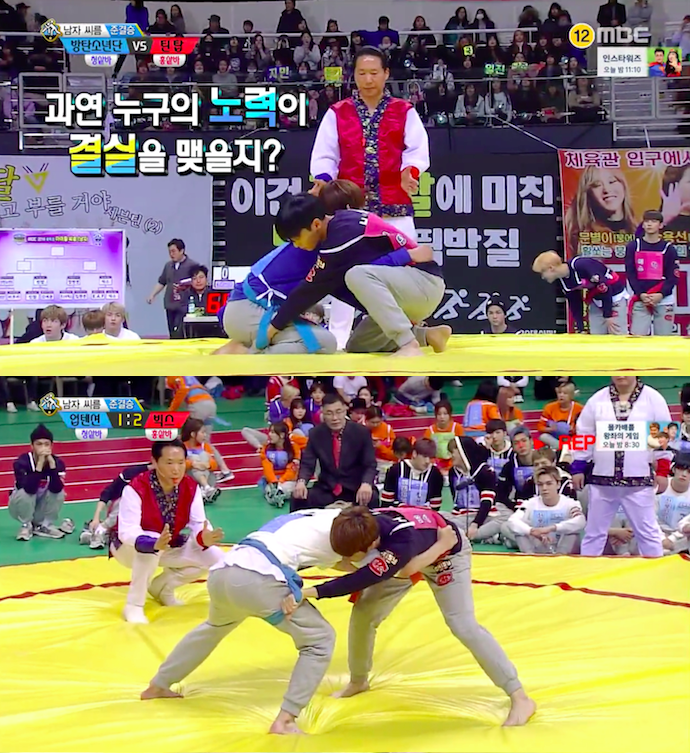 In the first match of the finals, BTS’s Jungkook and VIXX’s Hyuk go head to head, and Jungkook grabs the first point for BTS by taking down Hyuk. In the next match, VIXX’s Leo defeats BTS’s V, tying up the round. Fans are at the edge of their seats for the third match, which will decide who’s taking home the gold.

BTS’s Jin goes up against VIXX’s Ken in this critical match, and although Jin seems to be headed for a win in the beginning, Ken manages to flip Jin onto his back, winning the match for his group. 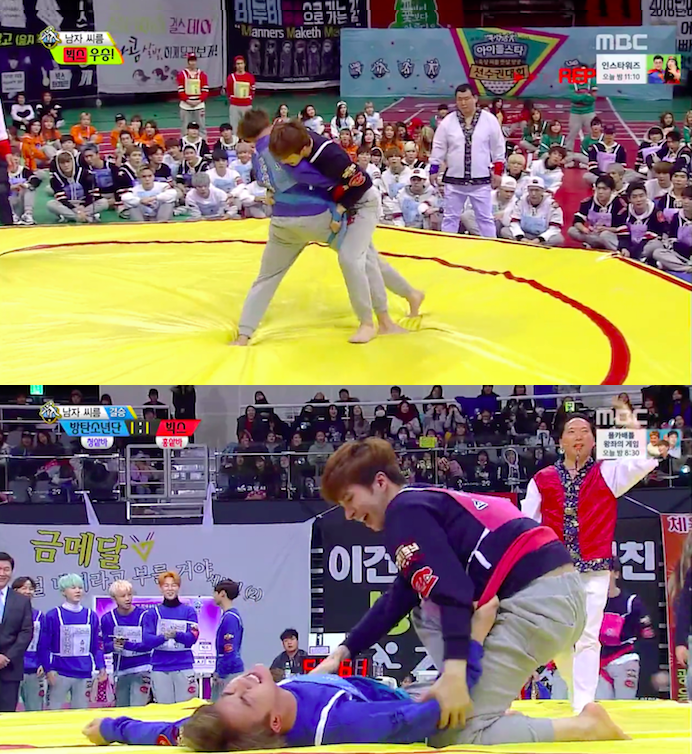 Watch a clip of the final round below!