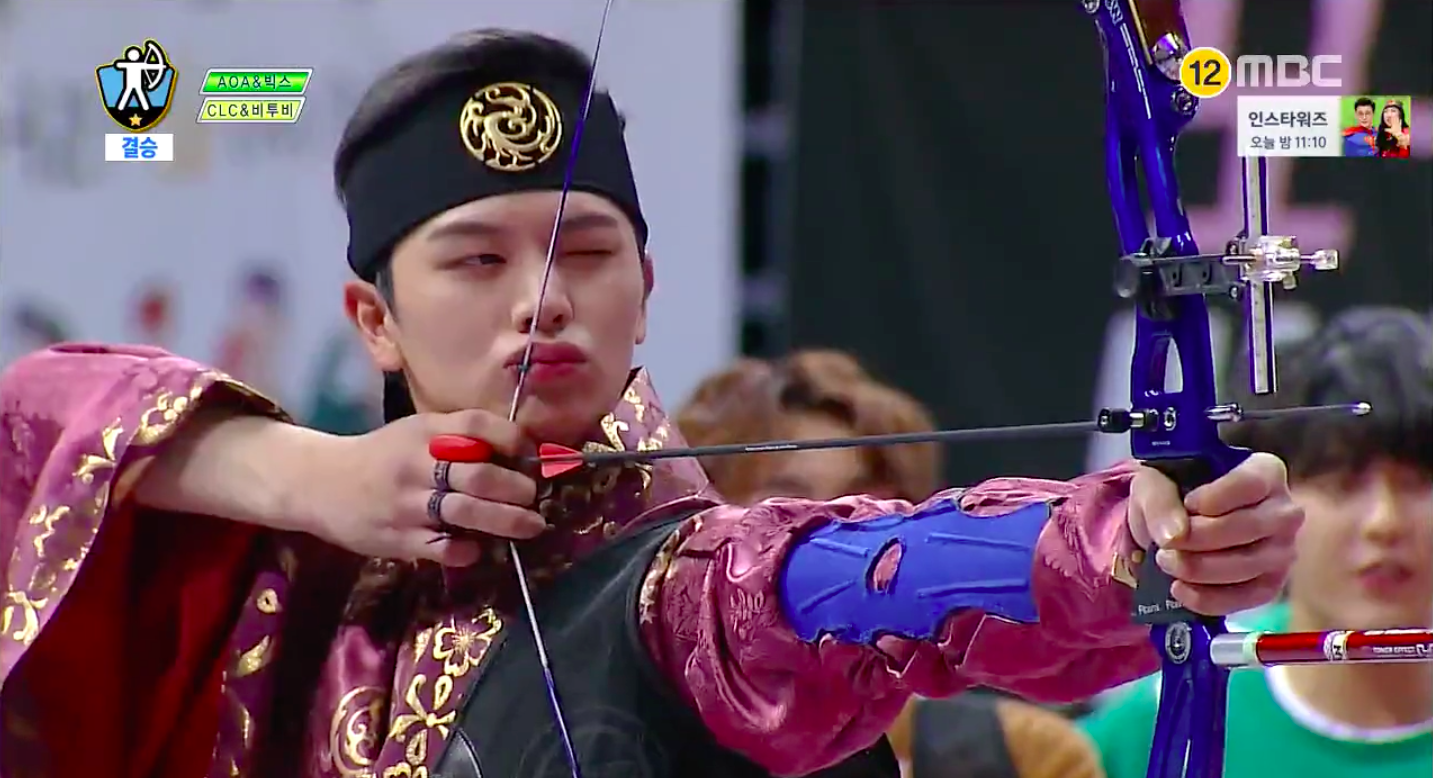 In the first round of the archery semi-finals, TWICE and GOT7 go up against CLC and BTOB, with BTOB making a dramatic entrance into the stadium in costumes inspired by “Jumong“!

TWICE and GOT7’s team falls well behind in the first round, scoring 57 points to CLC and BTOB’s 84, and so CLC and BTOB move on to the finals.

In the second round, AOA and VIXX beat Lovelyz and BTS with 72 points to the other team’s 43, and so they also advance to the finals. 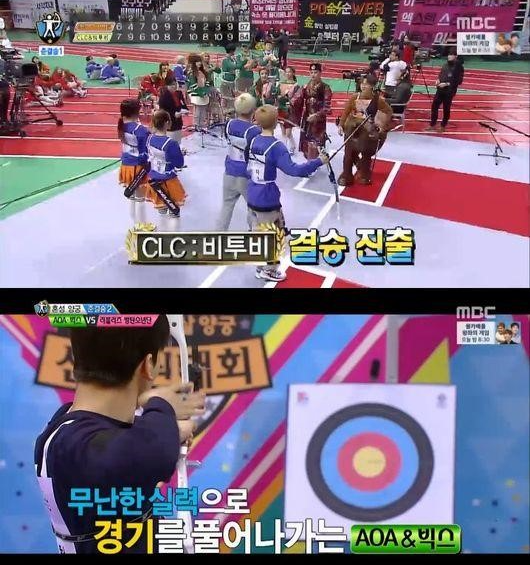 The final round is an intense competition between these two skilled teams, and AOA and VIXX have the lead for the first half of the round. 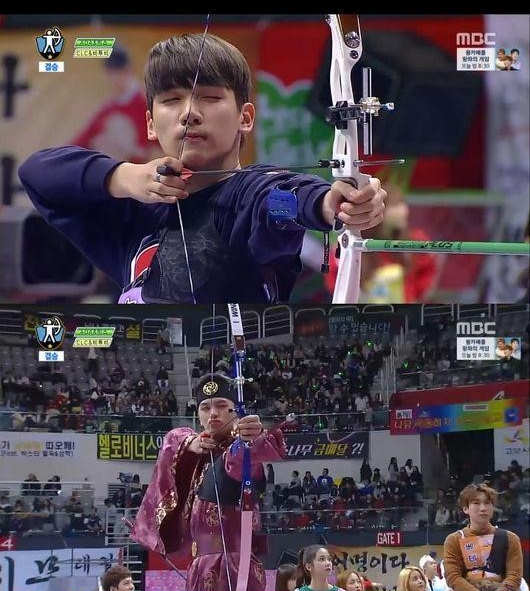 However, AOA’s Jimin misses the target and then grabs a low score on her next turn, and AOA and VIXX’s team falls behind. In the end, CLC and BTOB grab 63 points to AOA and VIXX’s 60, and take home the gold! 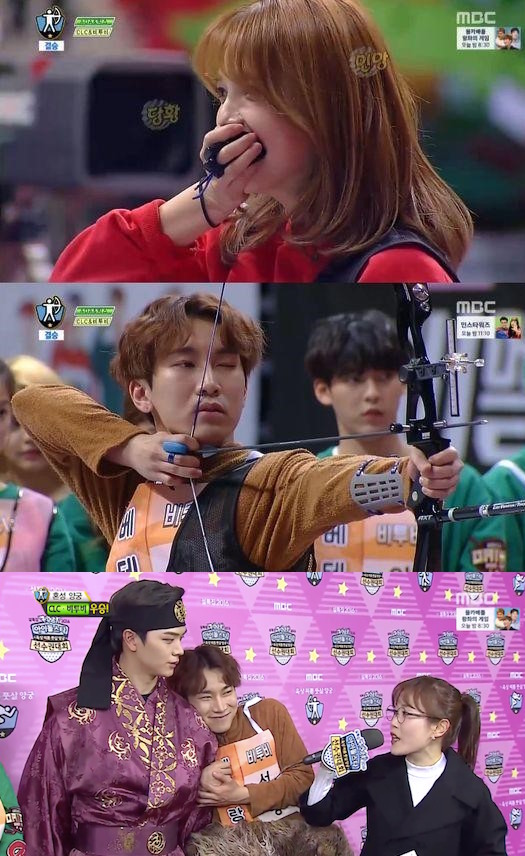 Watch part of the competition below!