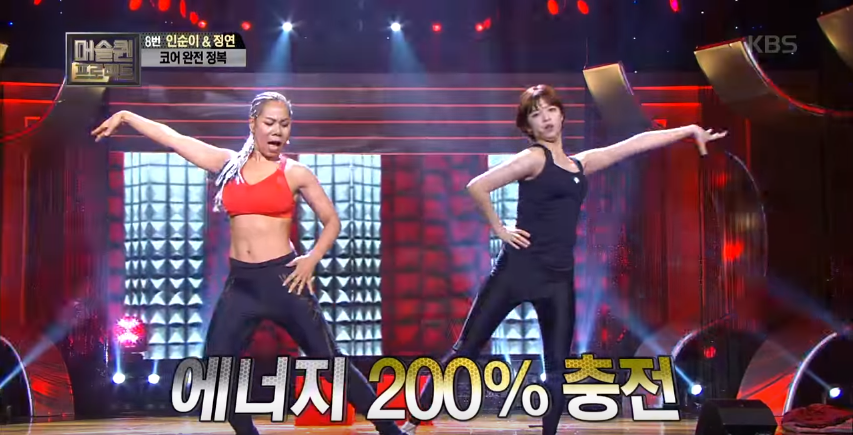 TWICE’s Jungyeon and veteran singer Insooni recently proved on KBS’s pilot variety program “Muscle Queen Project” that you can look fit no matter how old you are.

The pilot episode aired on February 9, featuring eight girl group members and singers who partnered up with well-known fitness enthusiasts. TWICE’s Jungyeon was paired with veteran R&B singer Insooni, who is almost 40 years her senior. 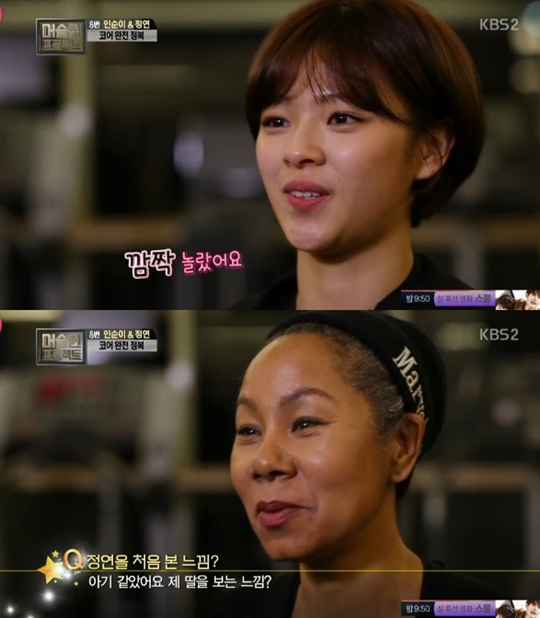 Although the pair’s first meeting was awkward due to the age difference, eventually the two of them got comfortable around each other. At the end Insooni told the production staff, “She’s like my daughter.” Jungyeon said about her partner, “She’s better at exercising than me and she has a better body.” 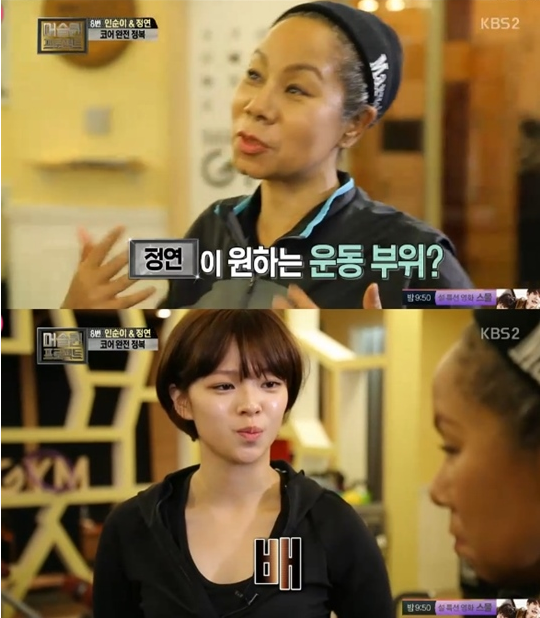 At Jungyeon’s request, who wanted to work on her abdominal muscles, the two of them did core strengthening exercises. At the end of the show, they put on a musical-like performance, beginning with Park Jin Young’s “Who’s Your Mama” and ending with Ariana Grande, Jessi J, and Nicki Minaj’s “Bang Bang.”

In the performance, they showed off their dancing skills and performed various exercises, such as the plank exercise and some stretches. Their high-energy performance eventually won them the “Muscle Queen Project” crown, beating out Kahi and Oh Hyun’s team.

Watch the fun performance below:

TWICE
Muscle Queen Project
Jeongyeon
Insooni
How does this article make you feel?