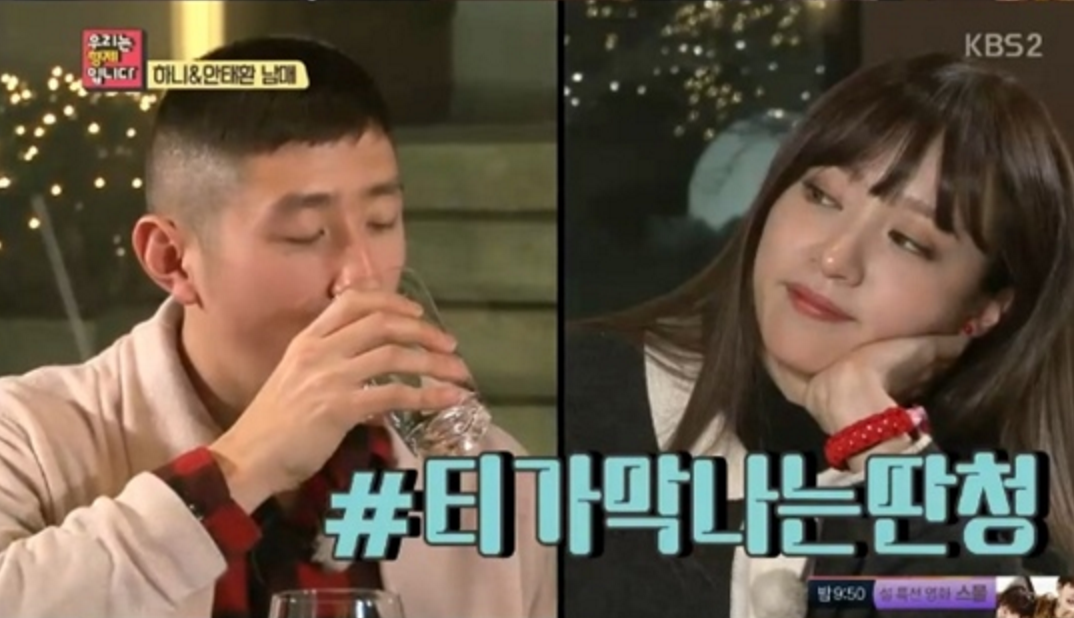 EXID’s Hani and her brother Ahn Tae Hwan appeared on the February 9 episode of KBS‘s “We Are Siblings.”

In the episode, Hani takes her brother to a hotel restaurant to treat him to a meal, something she had promised him for his upcoming discharge from the military.

Ahn Tae Hwan says, “This is my first time coming to a place like this. I’ve only seen it in dramas.” Although Hani assures her brother that it’s fine, she ends up having trouble ordering from the menu. 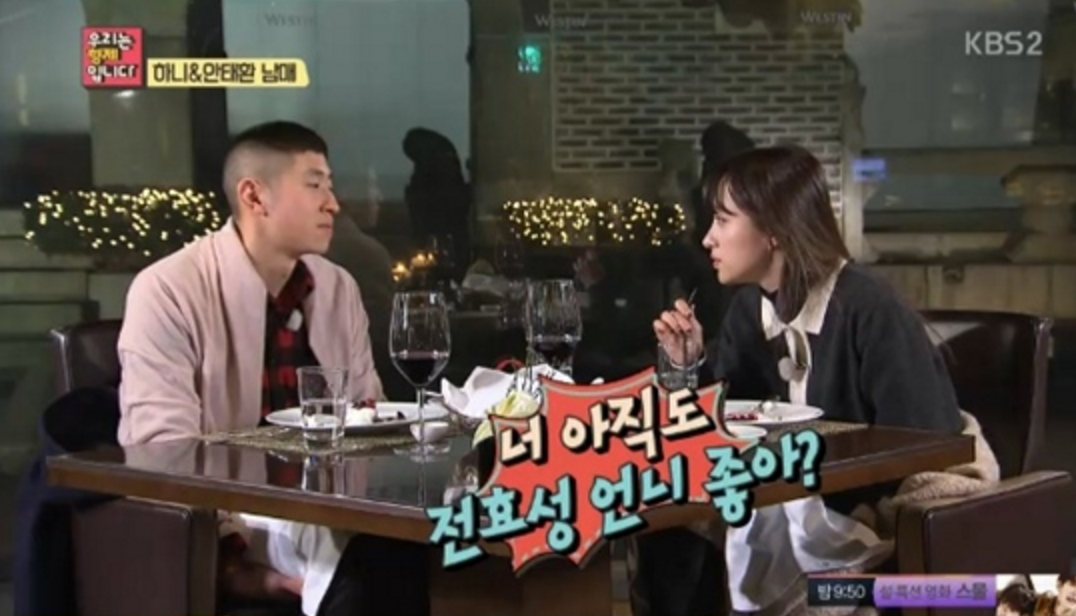 While eating, Hani asks her brother, “I heard that you have a picture of Secret’s Jun Hyosung in your locker. Do you still like her?” Ahn Tae Hwan responds, “I’m rooting for her.” 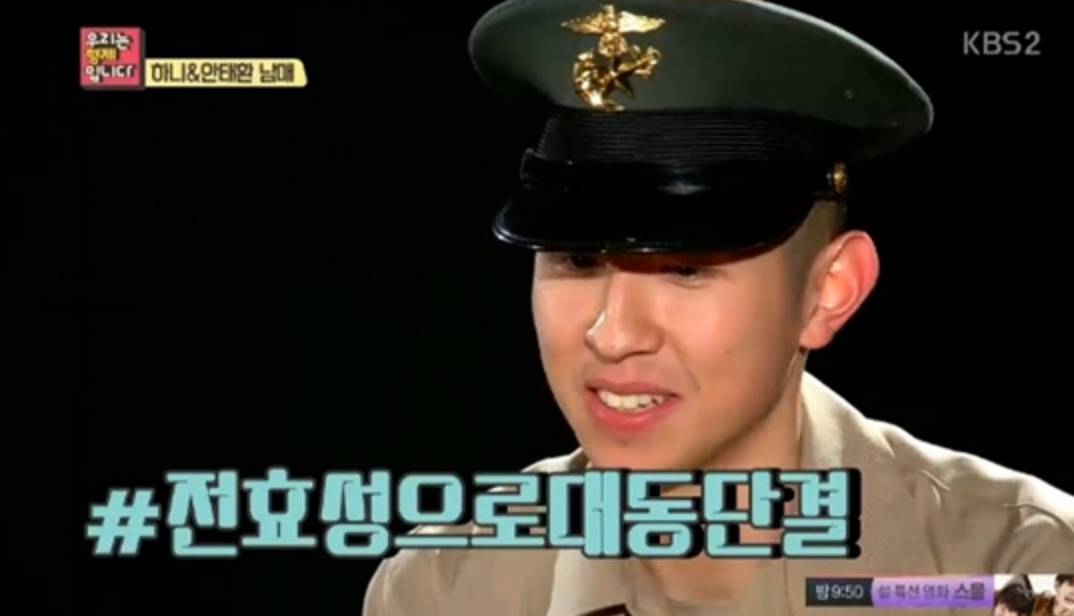 Later, in an interview with the production crew, Ahn Tae Hwan says, “I like Jun Hyosung; I’m a soldier too. Jun Hyosung is different from [Hani]. [Hani] is… she’s just different.” 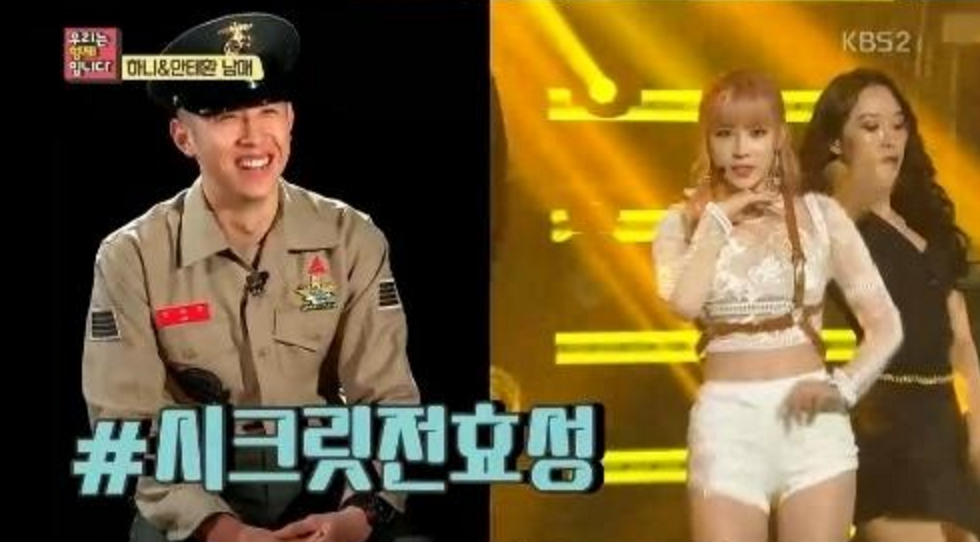 Other sibling pairs appearing on KBS’s “We Are Siblings” include Gong Seung Yeon and TWICE’s Jungyeon.

EXID
We Are Siblings
Hani
How does this article make you feel?