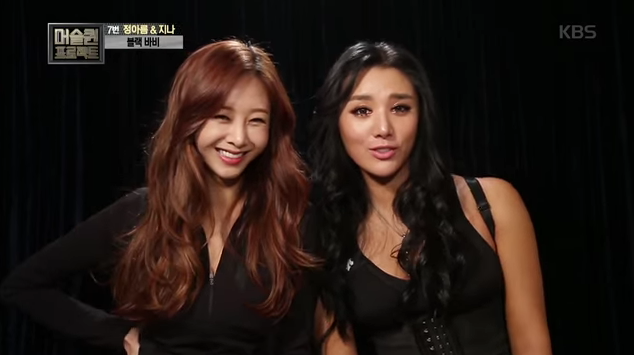 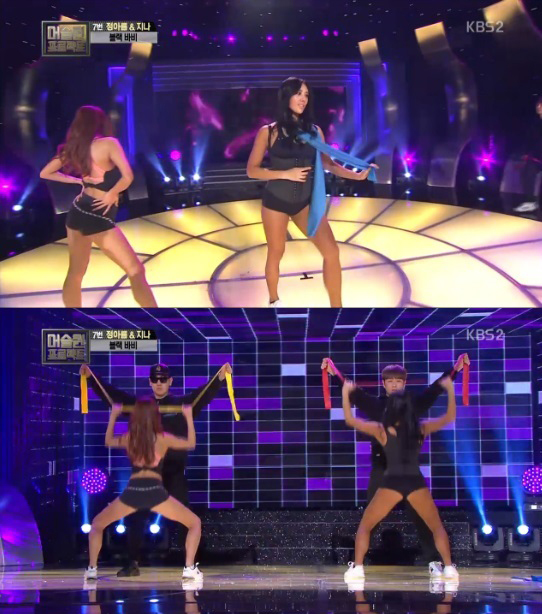 G.NA and Jung Ah Reum were dressed in tight and revealing exercise outfits demonstrating sexy and healthy beauty. Their performance was unique in that it featured male trainers.

After the performance, Jung Ah Reum said, “We put together a three-minute exercise routine that anyone can follow along.”

Professional dancer Park Ji Woo who was on the judging panel commented, “Male trainers appeared during the performance. It’s a great exercise routine that a couple can do together.” 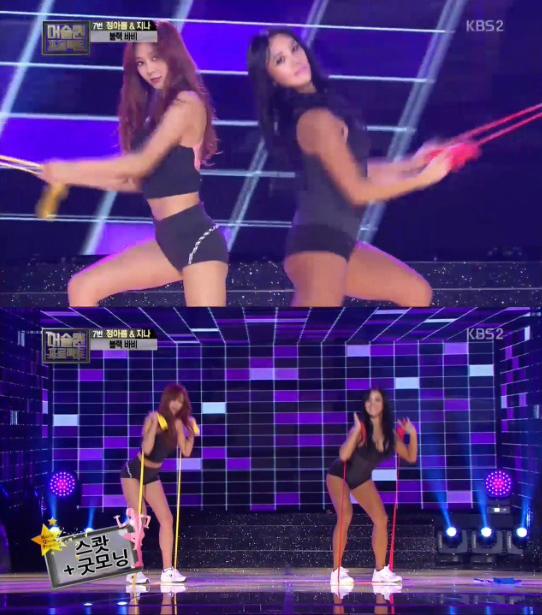 Although G.NA and Jung Ah Reum delivered a dynamic performance, they did not walk away with a win. They scored 93 points from the judges and 77 points from the audience, totaling 170 points. They were not able to beat the Oh Hyun Jin and singer Kahi team who scored total of 180 points.