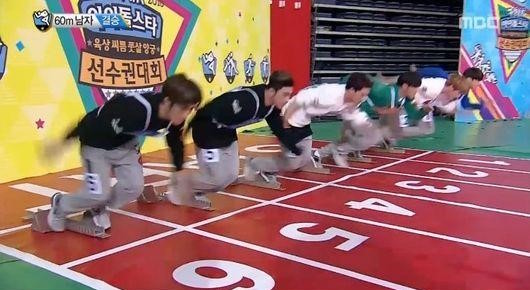 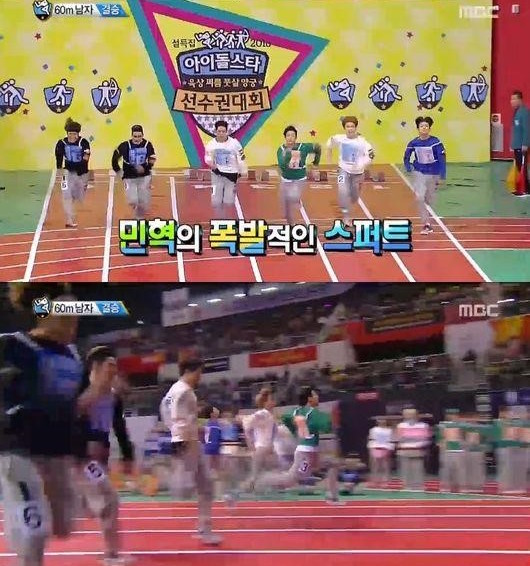 It is a close race, but BTOB’s Minhyuk wins the race, recording an impressive time of 7.41 seconds, just .06 seconds before Snuper’s Woosung. Minhyuk took home the gold, but Woosung’s performance is also quite notable given that it was his first time competing in the “Idol Star Athletics Championships.” Finally, MONSTA X’s Jooheon took home the bronze. 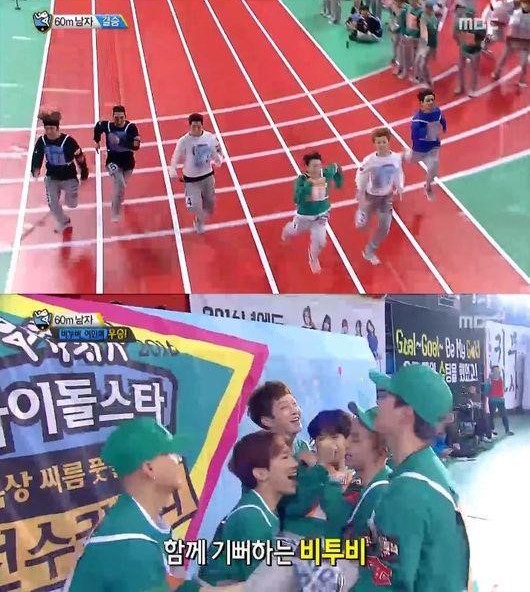 Congratulations to Minhyuk and the other contenders!