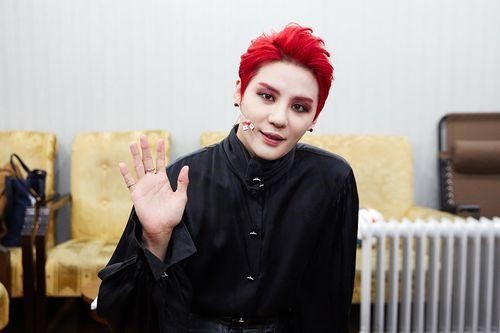 JYJ’s Kim Junsu on Wrapping Up “Dracula” the Musical

After his last performance as the titular character in the musical “Dracula” on February 9 at the Sejong Center for the Performing Arts, JYJ‘s Kim Junsu reflects on the show’s successful conclusion.

Addressing his fans and everyone else who came out to see the musical, he says, “Your cheers gave the strength to work hard until the end. Thank you so much for your love.”

“Going forward this year, I hope to take on a variety of activities this year, so please look forward to it.”

Meanwhile, Kim Junsu played Dracula in Korea’s first production of the musical in 2014. He returned to play the leading role again for the second production, which ran from January 23 to February 9.

Congratulations to our favorite fictional vampire on a successful run!

Dracula
JYJ
How does this article make you feel?