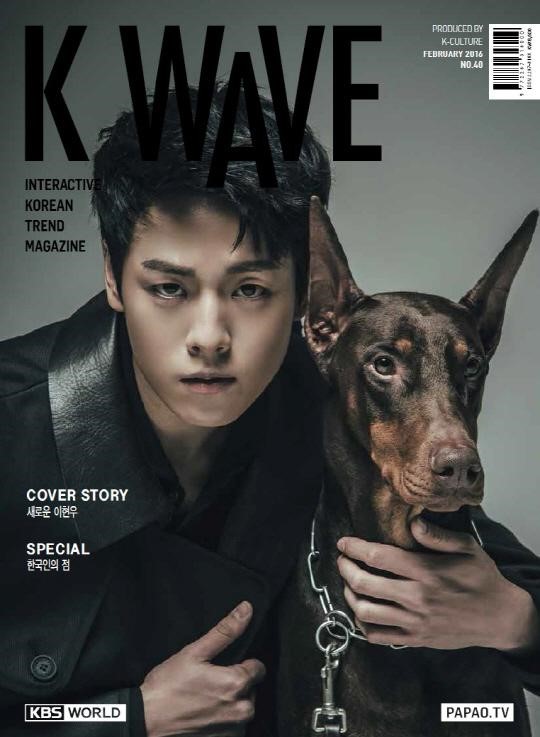 Dressed in a black suit or black leather and partnered with a fierce-looking black dog, Lee Hyun Woo exuded a more mature vibe than his previous “flower boy” roles would suggest. 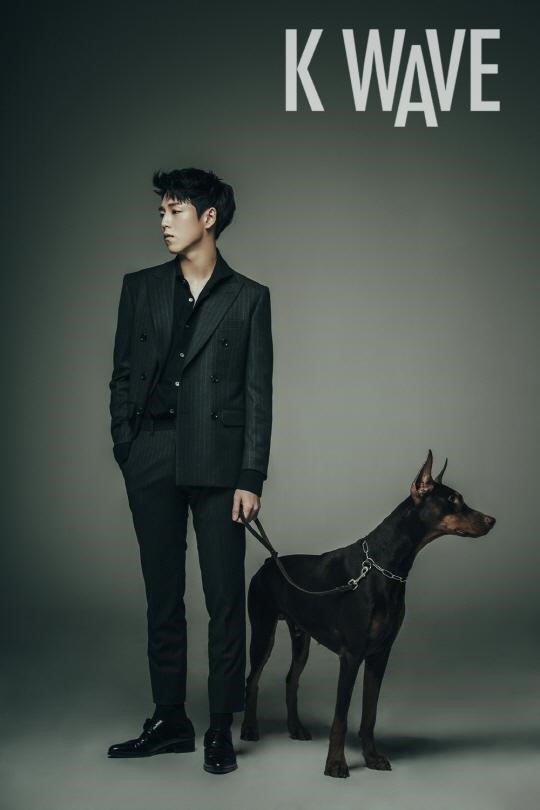 In the accompanying interview, he talked about his latest drama, “Moorim School.” “It’s been a long time since I filmed a drama,” he shared. “I’ve filmed a lot of movies. Maybe it was because I hadn’t done a drama in a while, but the atmosphere on set was exciting. I’ve been with the ‘Moorim School’ team for about three months now but every moment has been fun.”

When asked about his “manlier” image for the photo shoot, he said, “Lately I’ve been going around telling people that I’m ‘manly.’ I don’t really give off a ‘tough’ feel, but I don’t think you have to be ‘rough-and-tough’ to be manly. I think there is manliness in being bright and kind and mature.”

Lee Hyun Woo also dished on his special friendship with “Reply 1988” actor Park Bo Gum. “It’s easy to make friends with people in your agency or people you worked with, but I met Park Bo Gum by chance,” he said. “I met him in the lecture room as we were waiting for our university matriculation to start. I’d heard that we looked alike, so as soon as I saw him he seemed very familiar.”

The full interview and photo shoot can be found on KWAVE’s homepage. Watch Lee Hyun Woo in the latest episode of “Moorim School” below:

Park Bo Gum
Lee Hyun Woo
How does this article make you feel?