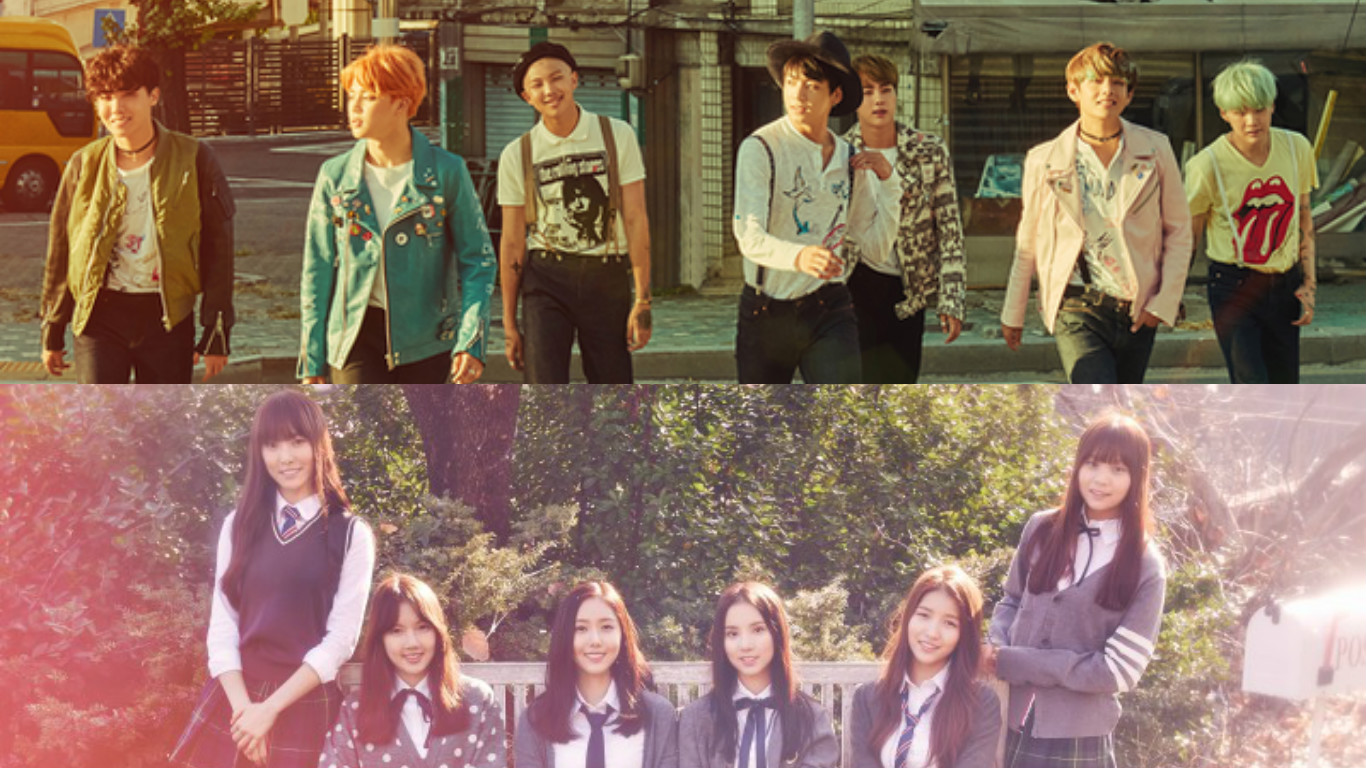 In an entertainment industry dominated by massive companies who regularly churn out hitmakers like H.O.T, Sechs Kies, BIGBANG, Girls’ Generation, and EXO, a Korean media outlet names two popular groups as examples that buck this trend.

BTS, who debuted in 2013, is from Big Hit Entertainment. Bang Si Hyuk is their representative producer, but the seven-member boy group remains the only idol group in the agency. However, BTS has managed to gain steadily in popularity, especially in the last year, sweeping music charts and winning No. 1 on music programs.

Their “The Most Beautiful Moment in Life” series has dominated the World Billboard Charts, with “Part 2” holding the No. 1 spot for a record-breaking four weeks.

GFRIEND, who recently passed the 1-year landmark since their debut, is also gaining popularity despite being from a little-known agency. Although they debuted in January 2015, they performed at many of the major end-of-year awards shows and won several rookie awards.

Last month, their third mini-album “Snowflake” and the title track “Rough” swept the music charts, achieving a “perfect all-kill” for six consecutive days. Their song “Me Gustas Tu,” which was released last July, also managed to hold on to a Top 10 spot for 29 weeks.

Despite being the only singers signed under Source Music, the six-member girl group has now taken six trophies on music programs since their first No. 1 on SBS MTV’s “The Show” on February 2.

The media outlet concludes that BTS and GFRIEND may have broken the time-honored formula of “bigger is better” and hints at the possibility of other mid-to-small agencies making it big if they can gather the right talent.