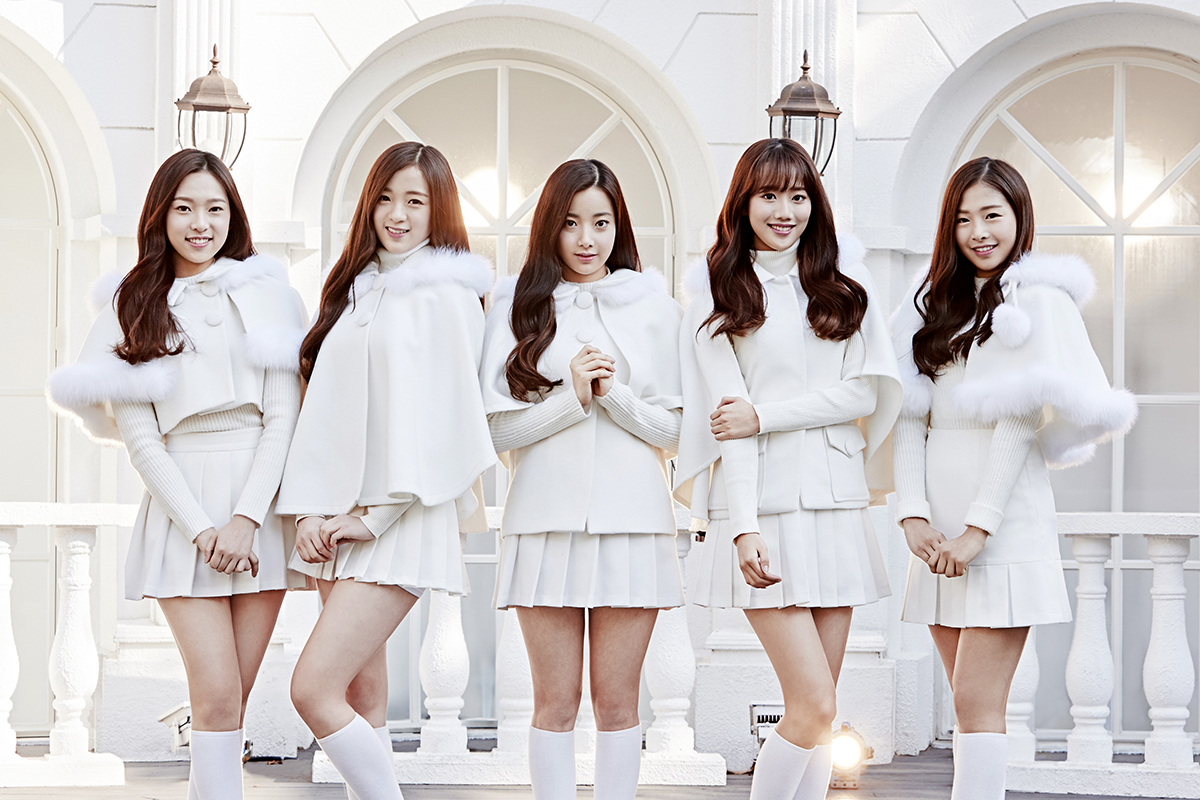 Rookie girl group April has now decided upon a name for their official fan club!

On February 12, DSP Media announced on April’s website that the group’s fan club will be called “Fineapple.”

In a cute graphic, the agency explains that “Fineapple” is a combination of “Fine” (which they say means “good”) plus “Apple,” which they state is a shortened form of “April.” 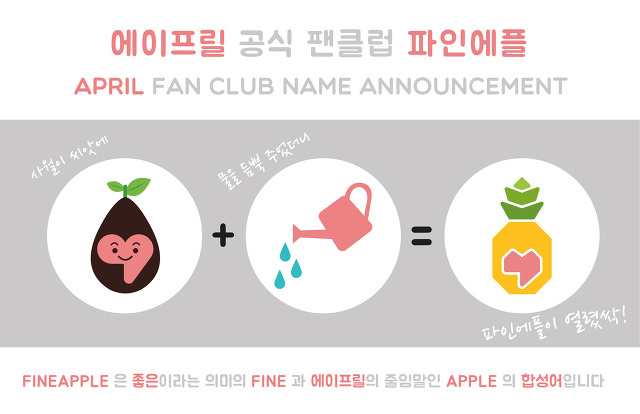 DSP Media writes, “Please treasure and love the name ‘Fineapple,’ which was decided upon after collecting the opinions of April’s members, DSP Media, and fans.”

April debuted in August of 2015 with the mini album “Dreaming,” which features the title track “Dream Candy.” The five-member group most recently released a special winter album in December entitled “Snowman.”