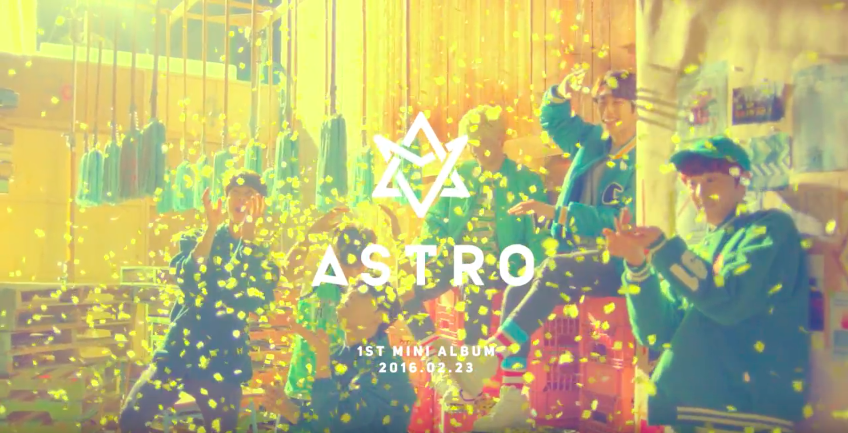 ASTRO is out with the full music video for “Hide & Seek”!

ASTRO drops an audio preview of their debut album, the mini album “Spring Up,” today.

The album is produced by composer Lee Ki Yong Bae. The title track is “Hide & Seek,” a song that displays Astro’s energy and color. Other songs in the album are “Ok! Ready,” “First Love,” “Morning Call,” and “Cat’s Eye.”

ASTRO sold out tickets to their debut showcase last month in one minute, with 1,500 people trying to get tickets for 1,000 seats, showing their popularity as a rookie group.

The album comes out February 23, which is the same day as their showcase.

In the video, members Yoon Sanha, MJ, Cha Eunwoo, Moon Bin, Rocky and Jinjin are all seen wearing sports attire in shades of pastel green, playing and dancing around with confetti. The teaser gives off a warm, almost spring-like feeling, with a bright color scheme and cheerful background track.

The boys of ASTRO are set to debut with the release of their mini album on February 23. In addition, they will be holding a debut showcase at Children’s Grand Park Wapop Hall, which sold 1,000 tickets in less than a minute.

Support the artist by buying Astro – Spring Up from YesAsia

ASTRO
Fantagio Music
How does this article make you feel?