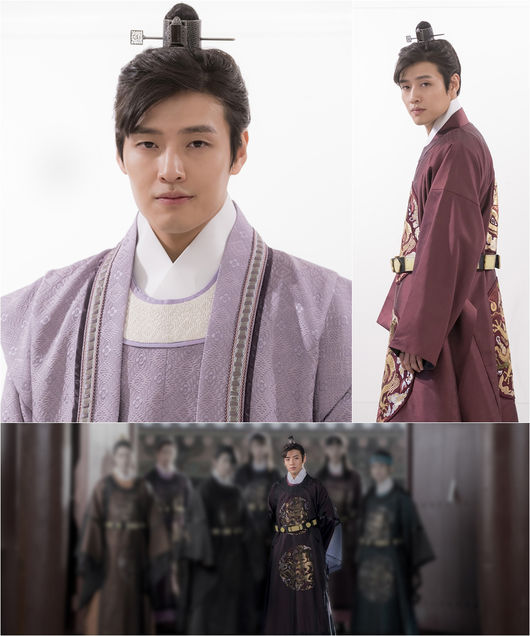 Drama Preview
by A. Choi

Kang Ha Neul has transformed into a prince.

New stills have been revealed of Kang Ha Neul in his role as the prince in the highly anticipated upcoming drama “Moon Lovers.”

“Moon Lovers” is the Korean remake of the live-action Chinese drama “Bu Bu Jing Xin” and has already garnered much buzz for its impressive cast, which includes stars like Lee Joon Gi, Nam Joo Hyuk, IU, Ji Soo, and EXO’s Baekhyun. It was revealed that it will be completely filmed before premiering, which is rare in the K-drama industry (although becoming increasingly less rare these days).

In the stills, you can see Kang Ha Neul dressed in clothes fit for a prince, with purple embroidery and gold thread, giving a captivating atmosphere. His hair is tied up in the style appropriate for that time period and his eyes look deep into the camera. The stills raise high expectations for how he will play the role as the eighth prince of Taejo Wang Geon.

“Moon Lovers” is expected to premiere in the latter half of this year.