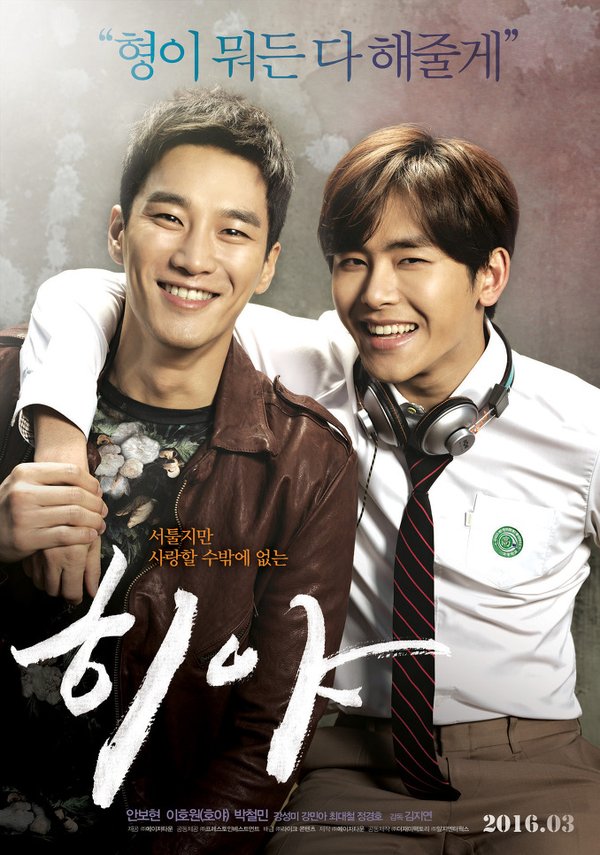 The trailer for the movie “Hiya,” featuring INFINITE‘s Hoya and actor Ahn Bo Hyun, has finally been released! It was just recently confirmed to premiere, after a long wait.

“Hiya” is a story about two brothers, the troublemaker Jin Sung (Ahn Bo Hyun) and passionate Jin Ho (Hoya), who have a strained relationship. While they were close when they were younger, due to a series of events, they have a very tense relationship. Jin Ho, still a high school student, dreams of becoming a singer, and seems to want nothing to do with his older brother. As the film progresses, the two brothers slowly learn to respect each other and put aside their past differences.

The trailer starts by introducing the two brothers, and insinuates that they haven’t actually seen each other in a while. It focuses on the strained relationship between the brothers, showing the arguments and fights that they have. The trailer hints that Jin Ho will become entwined in his brother’s messes, leading to more discord between the two. However, the trailer also shows the beginning of the reconciliation of the two brothers, and a voiceover from their younger years suggest that they weren’t always so hateful towards each other.

INFINITE’s Hoya proved his acting skills in both “Reply 1997” and “Mask,” while Ahn Bo Hyun is making a name for himself despite being just a rookie actor, and is currently starring in “Best Couple.”

Watch the trailer below, and don’t forget to prepare the tissues!

“Hiya” will be released in Korean theaters next month.

Ahn Bo Hyun
Hiya
Hoya
INFINITE
How does this article make you feel?