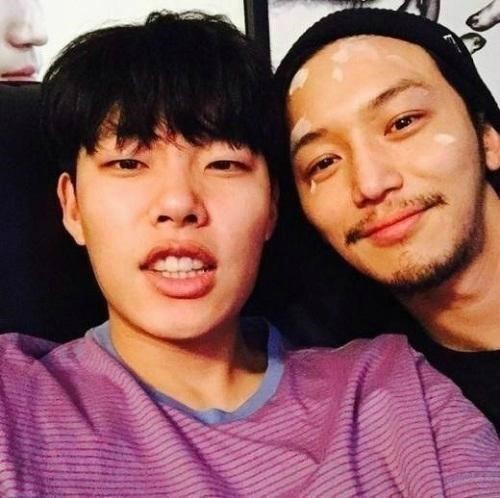 Actor Ryu Jun Yeol has a group of friends that he considers as family other than the “four boys of Ssangmoon-Dong” on “Reply 1988.” Ryu Jun Yeol, Byun Yo Han, and Lee Dong Hwi share a close friendship that go way back when they first worked together on an independent film.

Although these three men are well known by the public now, Byun Yo Han first achieved popularity with his breakout role in tvN‘s “Misaeng” before Ryu Jun Yeol’s successful role in “Reply 1988.” In an interview, Ryu Jun Yeol was asked if he ever felt anxiety and envy when he saw his friend succeed first. He replied, “If I think about it now, I don’t think I would’ve been able to do it. After his success in ‘Misaeng,’ Byun Yo Han did not act any different and remained completely unchanged. In fact, we all just congratulated each other and wished each other to be successful.”

He then continued expressing his gratefulness towards Byun Yo Han, “After my success in ‘Reply 1988,’ I realized how much Byun Yo Han has been good to us. He really thinks about his friends.”

Byun Yo Han
Ryu Jun Yeol
How does this article make you feel?