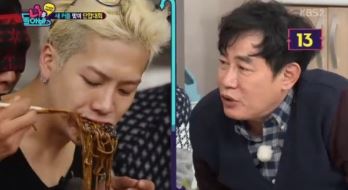 On the February 12 broadcast of KBS‘ “A Look at Myself,” GOT7‘s Jackson reminded viewers of actor Ha Jung Woo while eating jjajangmyun (black bean noodles). Ha Jung Woo is well known for his memorable eating scenes from various movies.

During this week’s episode, the cast of “A Look at Myself” went through a cold-weather training before retiring to their lodgings to eat jja-jang-myun. The members of the show played a game where they got into pairs and fed each other while blindfolded. During the game, g.o.d‘s Park Joon Hyung could be seen feeding Jackson from behind while blindfolded. The pair got off to a clean start shortly before Lee Kyung Kyu started to create a distraction, which caused Park Joon Hyung to create a big mess on Jackson’s face to everyone’s laughter. 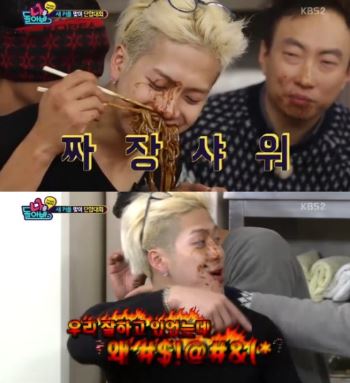 Watch a clip of the segment below as well as a few of Ha Jung Woo’s famous eating scenes!

GOT7
Jackson
A Look at Myself
Park Joon Hyung
How does this article make you feel?