Kim Sejung Recognized for Her Talent and Kindness on “Produce 101”

Jellyfish Entertainment‘s Kim Sejung is gaining attention for her kind character and outstanding talent, and many expect her to make it far on Mnet‘s girl group reality “Produce 101.”

On the latest February 12 episode of “Produce 101,” the trainees are challenged to perform girl group debut hits in teams. Kim Sejung and her group put on a polished performance of the Wonder Girls‘ debut song “Irony,” and ultimately, Kim Sejung tops the overall rankings by receiving 204 votes. Surprisingly, JYP Entertainment‘s Jun Somi, who has been a massive fan favorite until now, lands in sixth place with 118 votes.

While Kim Sejung won viewers over with her impeccable singing and smooth dance moves, she also moved hearts by genuinely caring for her group members. In the latest episode, she helps fellow contestant Kim Sohye to learn the choreography and hit the right notes, taking responsibility over the entire team. 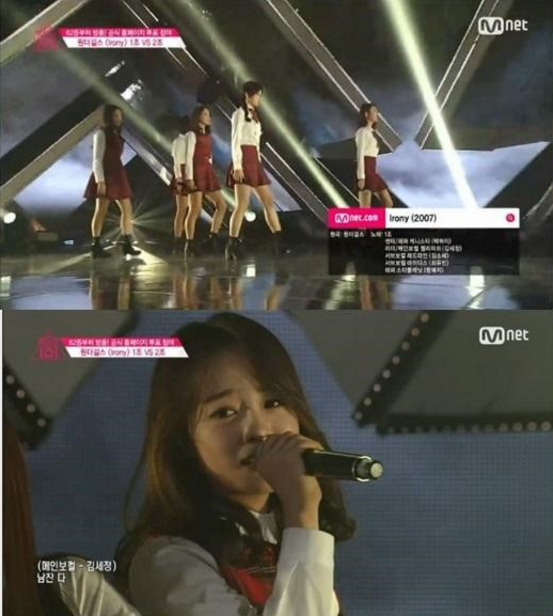 Watch Kim Sejung give her take on “Irony” below, and catch the full performance on Naver’s TV Cast.

Produce 101
Kim Sejeong
Jellyfish Entertainment
How does this article make you feel?