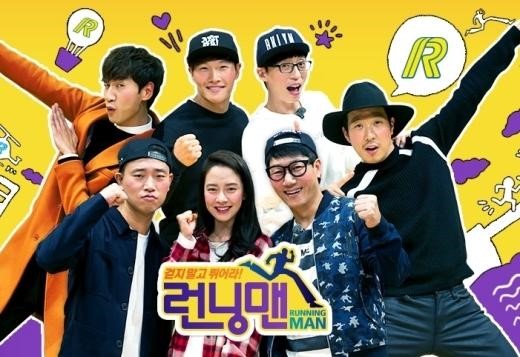 You might have heard about the recent decline in viewer ratings for SBS‘ “Running Man.” Recently, “Running Man” PD, Im Hyung Taek, sat down for an interview with Star News to discuss the future direction for the show.

It’s been six years since “Running Man”‘s first broadcast on July 11, 2010. Im Hyung Taek mentioned the show’s need for change for the long run. He said, “Actually from my perspective, ‘Running Man’ has changed a lot compared to about two to four years ago. Only time will tell whether it is going in the right or wrong direction.” He continued, “I get taken aback when I tell the members to rip off each other’s name tags. It’s because they all know each other so well now. The cast and I agree that they need to be thrown in unfamiliar environments.”

Im Hyung Taek then explained how he stopped worrying about the viewer ratings a while back and as a result he realized something special. He said, “The goal is to create quality, one by one. This week’s upcoming broadcast is a special mission that calls to investigate a mystery. However there is a limiting factor to the episode. You can’t tune into the show right in the middle of its peak. That is why viewers don’t just jump right into the broadcast. They rather watch it from the beginning in a rerun.”

He then went on to say that the declining viewership is both a blessing and a curse. Im Hyung Taek believes that if the show is comprised of a series of simple games, it is easy for the audience to jump right into the middle of it, resulting in higher ratings. He further explained, “It’s no fun when you do that because it’s repeating the same thing. They can stop watching as quickly as they started watching. That is why I want to raise the quality of the show.”

Im Hyung Taek expects that this week’s “Running Man” broadcast will have a low rating. However he mentioned that if you consider the online buzz and amount of reruns, many people still watch the show. Instead of watching part by part, people would much rather watch the show from beginning to end. That is why he believes there needs to be a higher standard of quality to satisfy those viewers. Just like the recent “Zombie Special,” he wishes to keep increasing the quality of content for the show. One by one, as he works hard to produce quality projects, PD Im Hyung Taek believes that will be reflected in future ratings of the show.

What do you guys think? Is “Running Man” heading in the right direction? Share your opinions below!

You can also catch the latest episode here!