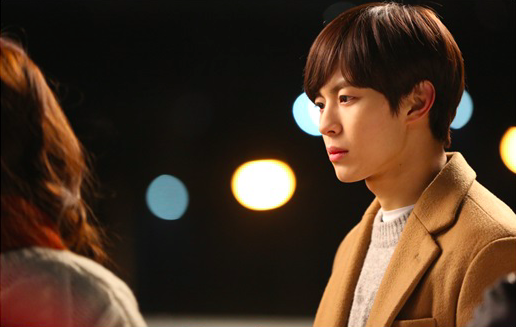 VIXX’s Hongbin Chooses Between Romance or Bromance on “Moorim School”

Wang Chi Ang, who had been up until now a character who rarely took life seriously, is torn between his love-at-first-sight, Shim Doon Deok (Seo Ye Ji), or Yoon Shi Woo (Lee Hyun Woo), who is the first person that Chi Ang considered as a friend.

Soon Deok saved Chi Ang from drowning when he was trying to run away from the men his father hired. His somewhat silly and naive way of expressing his feelings meant that Soon Deok interpreted his behaviour as a joke rather than taking him seriously. As Soon Deok was paired up with Shi Woo in a mentor-mentee training program, the two began falling for each other instead. 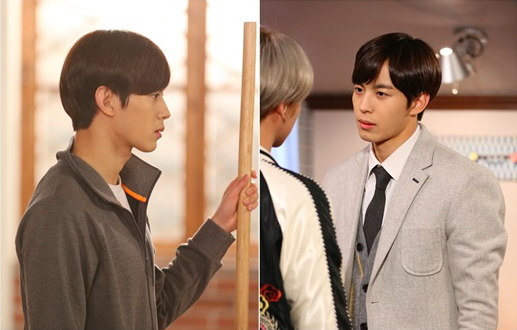 When Chi Ang first catches them embracing, he suppresses whatever he’s feeling and says playfully to Shi Woo, “Don’t smile, it’ll make people fall for you.” Turning to Soon Deok, he says meaningfully, “This is just the beginning.”

But as Shi Woo and Soon Deok become more serious about each other, Chi Ang finally lets loose some of his feelings, responding with a raised fist when Shi Woo asks him to talk for a minute.

The production staff said, “Chi Ang is deliberating between the first friend he’s had in his life and the girl who he decided to come to Moorim School for. He wants to keep his friendship with Shi Woo but he can’t give up on Soon Deok. To see which path Chi Ang chooses, and whether he can find his bright smile again, please keep watching the show.”

The next episode airs on February 15 at 10 p.m. KST. Catch up on the latest episode below: