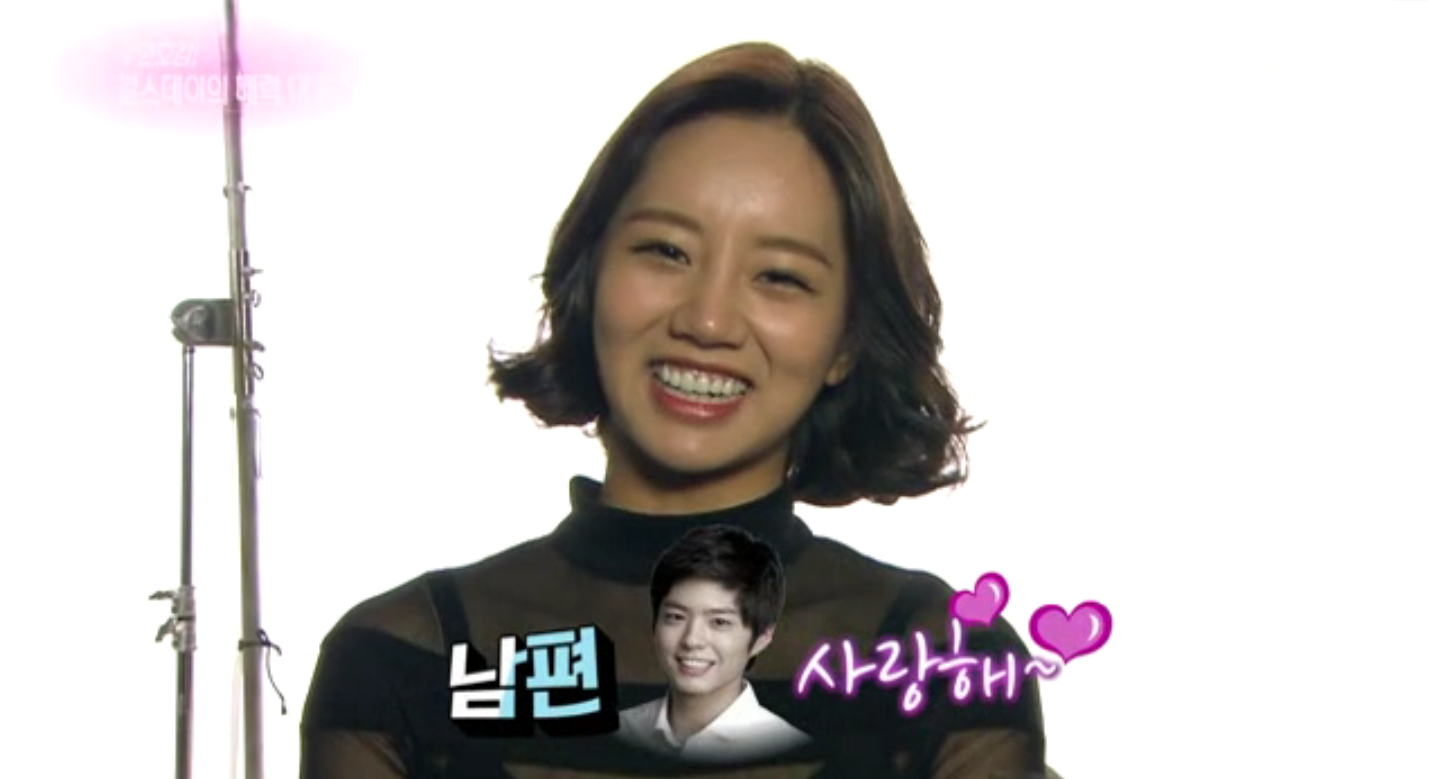 On February 13’s episode of “Entertainment Weekly,” Girl’s Day sits down for an interview while filming an advertisement.

The interviewer asks each of the members to pick which potential husband they would choose if they were Hyeri’s character Duk Sun on “Reply 1988” by holding up signs. As Hyeri watches and laughs, the three other members immediately fight over the signs to get the choice they want. 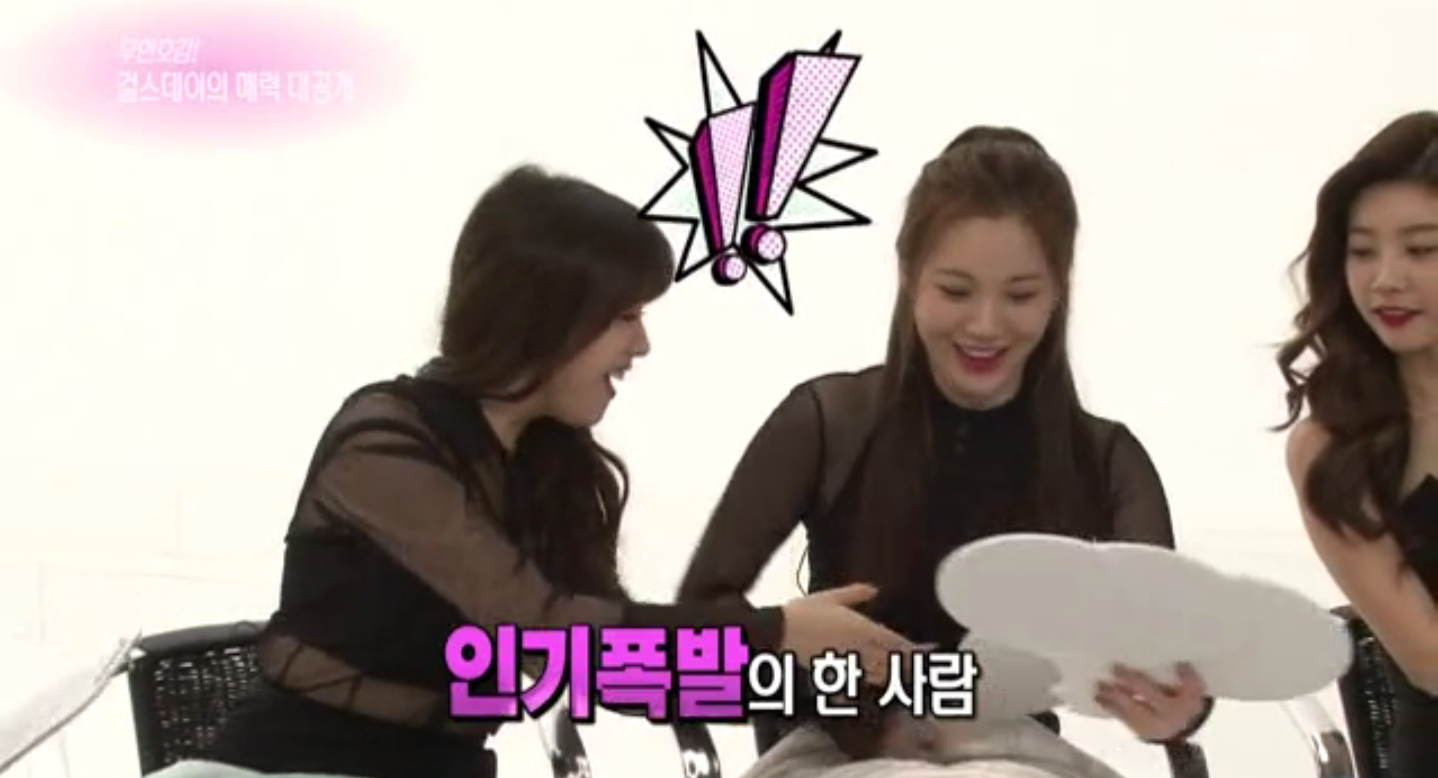 Hyeri doesn’t grab a sign, and so the interviewer asks her which one she’d like. “I’ll live alone!” she replies. 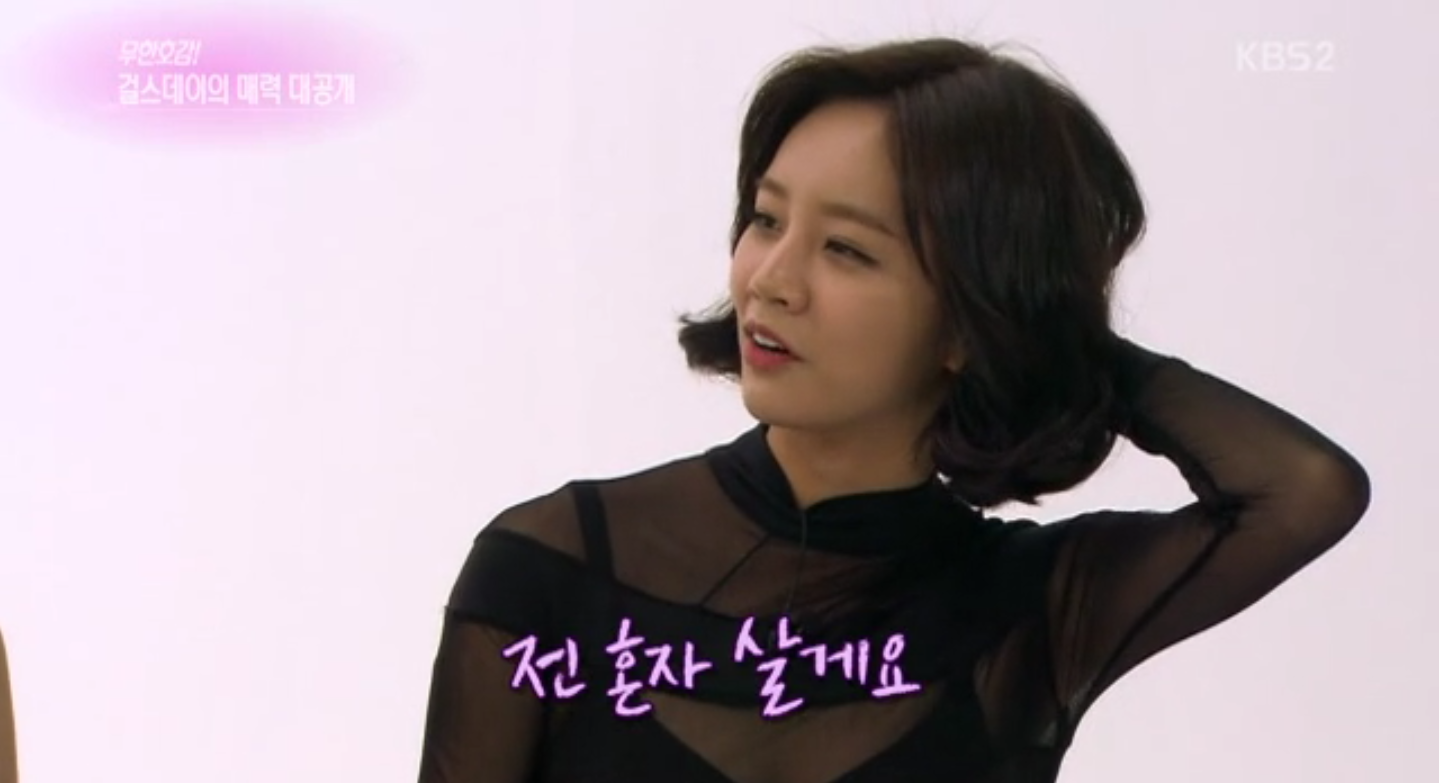 However, the show rewinds to thirty minutes previously, when Hyeri was being interviewed on her own. At the time, she was asked to say hello to her “husband” from the show, Park Bo Gum. She smiles and says to the camera, “Husband!” and gives two thumbs up. 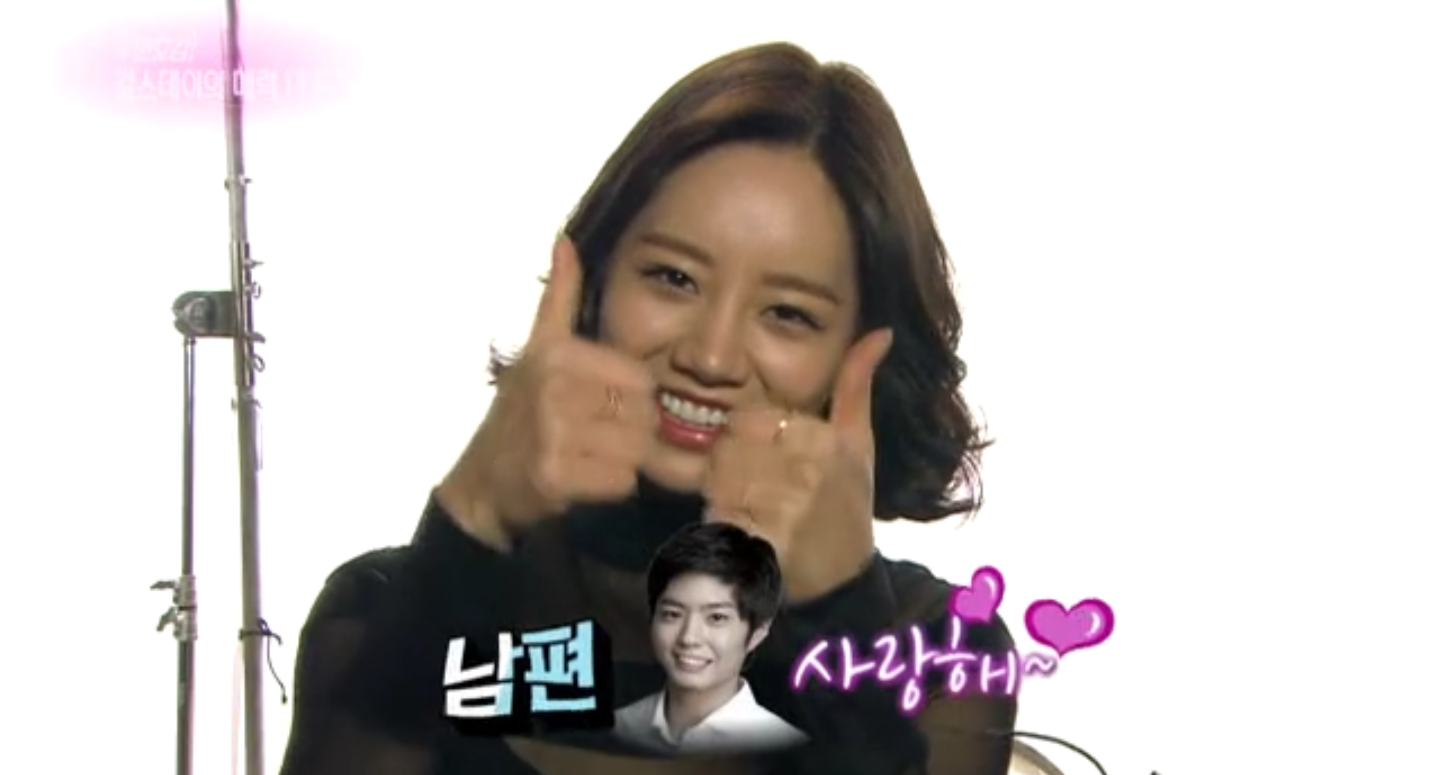 “Entertainment Weekly” then shows that the other members have picked the characters played by Ryu Jun Yeol, Ahn Jae Hong, and Lee Dong Hwi as their ideal husbands. 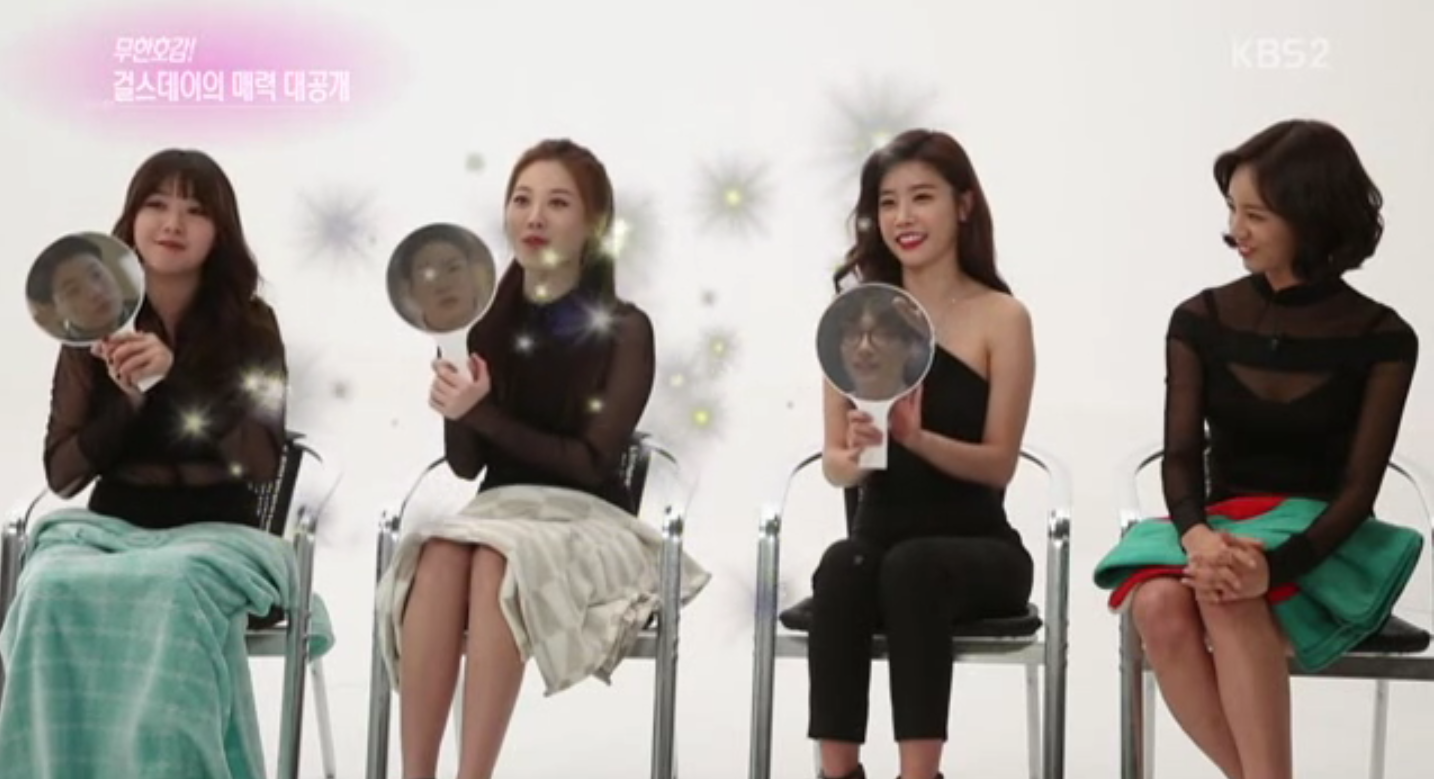