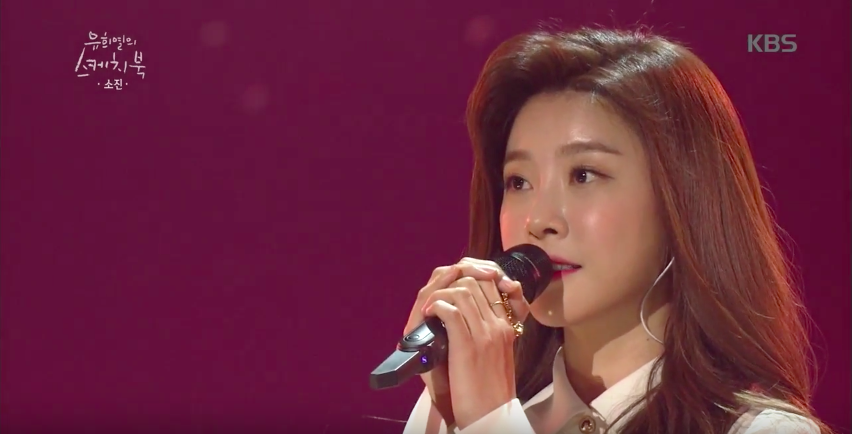 A few months ago, Girl’s Day’s Sojin supported her fellow group member Hyeri in her drama “Reply 1988” by singing a cover version of “Everyday With You” for the drama’s OST.

The “Reply 1988” OST featured many examples of 80’s songs being remade for modern-day audiences. Sojin’s track, “Everyday With You,” was originally sung by the band Deulgukhwa (Chrysanthemum) in 1985, with the lyrics and music written by band member Choi Sung Won.

Sojin appeared on “Yoo Hee Yeol’s Sketchbook” on February 12 to perform the live version of the beautiful song. She dressed in a simple black and white ensemble, letting her sweet voice take the show.

While the song features no amazingly high notes or powerful vocals, Sojin carried the melody with a lovely tone and depth, making the audience softly clap along to the soothing rhythm. At the end, the audience gave her a rousing round of applause.

Watch her performance below: